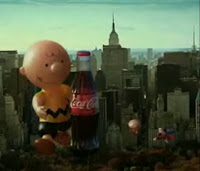 Over the past few weeks, pharmaceutical wholesalers and healthcare products distributors have been reporting quarterly financial results for Q4 of 2007. At least three companies (so far) have reported costs of complying with supply chain security regulations that had a material impact on earnings per share.

As I see it, these examples are leading indicators for a troubling trend. No agency is taking a holistic, national view of the system or working to create an efficient, effective regulatory regime.
Instead, various agencies (Federal and State) are establishing diverse new reporting and regulatory requirements for pharmaceuticals.

Hopefully, all of these conflicting systems will make the pharmaceutical supply chain safer. In the meantime, manufacturers, wholesalers, and pharmacies are being forced to operate in a complex and mercurial enforcement environment, which could raise costs far beyond any purported safety benefits.

THE COSTS OF SAFETY

Today, it’s a few wholesalers under the microscope. Tomorrow, it could be the rest of us. So consider these examples to be potential early warning signs.

In last week’s release, Cardinal disclosed that efforts to fix the problems “may cost more than $30 million.” President and CEO Kerry Clark stated on the earnings conference call that “more than half” of the $30 million impact are expenses to control diversion, so I presume that the balance is a combination of fines, lost business from selling to diverters, and the “distraction” caused to the organization.

#2) McKesson (MCK) apparently has similar issues, although the DEA has not suspended any licenses as far as I know. On McKesson’s conference call last Friday, Chairman, President, and CEO John Hammergren disclosed a one-time non-tax deductible legal reserve related to diversion, stating:
“We are in discussions with the Drug Enforcement Administration and the U.S Attorney Offices to resolve claims around certain customer orders for selected controlled substances. We have been implementing improvements to our comprehensive controls and reporting procedures to avoid future claims of this type. And we've recorded a legal reserve of $13 million during the quarter within our Distribution Solutions segment and believe this reserve is adequate for the claims.”

From April through December of 2007, PSS incurred total costs of $6.2 million “associated with pedigree law compliance and settlement with the Florida Department of Health.” (I discussed PSS initial disclosure last June in Pedigree and Profits.) On a conference call, the company noted that it spent $800K in the fourth calendar quarter to ship product to its Florida customers from out of state locations.

Each of these situations was triggered by the specific behavior of a single company. Yet I see a few reasons for manufacturers, wholesalers, and pharmacies to keep a close eye on these developments.

I worry that the California Board of Pharmacy will not provide consistent regulatory and compliance guidance. January’s enforcement committee meeting did not inspire confidence as I note in Pedigree and Obscenity. Despite their meager budget, the BoP could levy plenty of “gotcha” fines on manufacturers and wholesalers. Something makes me think that they’ll continue to give pharmacies a free pass…

Since today is Super Tuesday, let’s also not forget that all three Presidential candidates from the Senate (Clinton, McCain, and Obama) are co-sponsors of the Senate’s importation bill (Pharmaceutical Market Access and Drug Safety Act of 2007 S.242). The bill allows importation by wholesalers, pharmacies, and individuals -- subject to even more government requirements, some of which would conflict or undermine with the California pedigree system.

I won’t rehash the arguments against this bill -- you can scan through my posts in the Importation category at your leisure or just read my comments about Senator McCain’s viewpoints in Crazy Talk from John McCain. But consider the fact that the proposed importation bill explicitly limits the way a manufacturer can structure its distribution agreements and may force a pharmaceutical manufacturer to do business with secondary wholesalers that are known diverters.

My bottom line: multiple agencies are chasing the metaphorical floating Coke bottle of supply chain security. Heaven help us if a Charlie Brown gets his hands on it.