This week, I’m rerunning some popular posts before the holidays. Click here to see the original post and comments from June 2019.

This article foreshadowed last week’s announcement about PillPack and Blue Cross Blue Shield Of Massachusetts. More to come from Amazon, but likely less than some have projected. 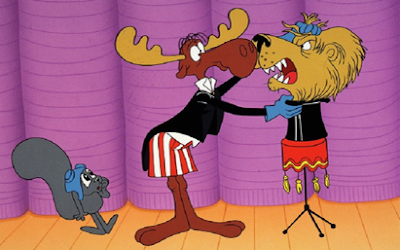 Last week, a judge in Rhode Island issued a decision in CVS Pharmacy, Inc. v. John Lavin. Briefly: CVS had sued Lavin, who had been a senior vice president responsible for CVS Caremark's retail network contracting. Lavin had left CVS to work for Amazon’s PillPack business. CVS successfully argued that Lavin had violated the terms of his non-compete agreement

Below, you’ll find links for the public documents in the case.

I also highlight three surprising disclosures that arose in the decision. These shed light on PillPack’s contracting strategy with payers, its not-quite-disruptive plans for pharmacy benefit management, and its alleged attempts to get retail pharmacy reimbursement rates.

We’re all expecting Jeff Bezos to pull a rabbit out of his hat, but Amazon’s disruption may be different—and take longer—than many people expect.

As always, I encourage you to read the original source material for yourself. Here are two of the key public documents from CVS Pharmacy, Inc. (Plaintiff) v. John Lavin (defendant):
FYI, my most recent perspectives on Amazon appear in Section 12.5.1. of our 2019 Economic Report on U.S. Pharmacies and Pharmacy Benefit Managers. I discuss Amazon’s possible impact on four aspects of the drug channel:
PRESTO!

The court documents shed light on Amazon’s strategy for PillPack. Here are three items that caught my eye:


According to the court documents, PillPack apparently hired Lavin from CVS to build “a strategy to engage directly with Payers that are traditional clients of PBMs.” His original job description stated that he “would lead all contracting, negotiation, and strategy with PBMs ... private payers including employers and insurers, and public payers including Medicare and Medicaid." What’s more, PillPack has already directly approached payers about becoming a mail pharmacy.

This strategy is not new. Walmart was the first major pharmacy to attempt a direct-to-payer contracting model. (Here’s my 2009 article on its strategy.) Walmart’s first major experiment, a program with Caterpillar, began in 2008. Caterpillar established a direct contract with Walmart for the prices of certain generic drugs filled at any Walmart pharmacy. Caterpillar’s pricing methodology was based on Walmart’s actual invoice prices plus an additional, undisclosed amount to cover Walmart’s overhead and profit margin. Over time, Caterpillar extended the network to include Walgreens, Kroger, and some independent pharmacies.

After 2011 or so, Walmart seemed to lose interest in disrupting the pharmacy industry. I suspect that Walmart found it more profitable and easier to focus on such other categories as groceries and consumer electronics. Walmart has also had to invest heavily to defend against Amazon.

I presume that Amazon will have more fortitude than Walmart. What’s more, a majority of U.S. consumers are very or somewhat interested in receiving prescriptions from Amazon. (See Exhibit 180 of our 2019 pharmacy/PBM report.)

However, Amazon faces a much more consolidated, vertically integrated payer/PBM/specialty pharmacy market than Walmart did. This creates potentially powerful barriers to direct contracting. See CVS, Express Scripts, and the Evolution of the PBM Business Model.


It’s not clear to me that Amazon wants to or should be a PBM. PillPack doesn’t need a direct frontal assault on the benefits management business of PBMs. I don’t see a competitive advantage when dealing with complexities such as formulary development, claims administration, or selling benefit management services to payers.

PillPack seems to concur, based on this key section from the judge’s memorandum:


PillPack has already started contacting CVS Caremark's clients and PillPack's CEO would not deny that PillPack is planning to provide its own PBM-like services directly to clients. ("Is PillPack planning to build its own PBM? A. There are no immediate or firm plans to build a PBM, no. Q. Are there less immediate and less firm plans to build a PBM? A. We've explored a number of different things, as you can imagine, but no, there are no immediate plans.")

Instead, a low-price home delivery service will undermine one aspect of PBMs’ economic model. For 2018, home delivery of traditional drugs accounted for about one-quarter of the big three PBMs’ profits. Such other profit sources include specialty pharmacy, retail network spreads, retained rebates, and fees from manufacturers accounted for the remainder.

3) PillPack doesn’t want to be classified as a mail pharmacy.


Despite the direct-to-payer strategy, PillPack wants to remain within PBMs’ pharmacy networks to handle third-party-paid prescriptions.

PillPack is notable because it is an independent mail pharmacy that has been included in third-party payers’ pharmacy networks. In 2016, it publicly battled Express Scripts—and won—after the PBM terminated its network agreement.

But CVS makes a surprising allegation in its complaint: PillPack has been negotiating with CVS Caremark to be classified as a retail pharmacy, even though more than 25% of PillPack's prescriptions are delivered by mail.

Note that for third-party-paid prescriptions, Amazon/PillPack may not have a significant cost advantage over other pharmacies. It would likely offer discounts for PBM network participation that are lower than the discounts offered by the current pharmacy market participants. But it’s not clear why it would have a persistent cost of goods advantage, especially given the buying power of the generic consortia and the wholesaler discounts obtained by the large mail pharmacies.


“The Court does not grant a preliminary injunction to enforce a non-compete clause lightly. It is aware of the narrow and restricted application Courts should give to the agreements under Rhode Island law. However here, months after entering an independent stand-alone Agreement (limited to only 18 months post-employment) for which he was well-compensated, Mr. Lavin, a high senior official at CVS with access to very Confidential Information, went to work for a Competitor. That is wrong, and CVS is entitled to have the Agreement enforced.”

PillPack’s revenues account for a tiny part of the pharmacy industry’s overall dispensing revenues of more than $420 billion. It will take many years of dramatic growth for Amazon to alter the market. Unless Amazon makes a large acquisition, its overall market share will likely remain in the low single digits for at least the next five to ten years.

Despite the minor setback from this lawsuit, expect Amazon to keep pushing forward. Judging by the court documents, Amazon seems like it will be satisfied to build a $20 billion business that leaves much of today’s payment and reimbursement infrastructure in place.

Its biggest impact may instead turn out to be on pharmacy dispensing, which faces the prospect of a shakeout that will sharply reduce the number of retail locations. I doubt many pharmacy owners will be impressed when Bezos and his team say: "And now, here's something we hope you'll really like!”