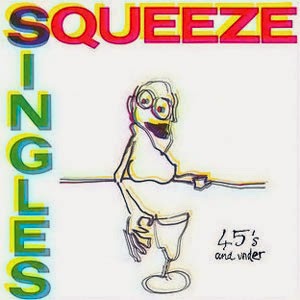 However, McKesson’s disclosures suggest that the company barely broke even—and may have even lost money—by selling such drugs as Gilead Science’s Sovaldi and Johnson & Johnson’s Olysio.

Read on and see if you agree with my slap and tickle math.

PULLING MUSSELS (FROM THE CALL)

Unfortunately for McKesson, it looks as if the profit margin on these drugs was below that of other products. Here’s what Chairman and CEO John Hammergren said last week:

In other words: Excluding the sales and costs of Celesio and hepatitis C drugs, McKesson’s operating margin would have been higher by 22 basis points (=2.48% minus 2.26%). His explanation is presumably intended to provide Wall Street with a comparable sales growth figure.

Here, Hammergren is saying that hepatitis C drugs (but not Celesio) reduced operating margins by 8 basis points (=2.50% minus 2.42%). His comments imply that McKesson barely broke even—and possibly even lost money—selling the hepatitis C drugs. Here’s my math based on its reported financials:
Total third quarter 2014 U.S. sales of Sovaldi and Olysio were about $2.9 billion. Did McKesson account for more than half of those sales? If not, then it lost money selling its hepatitis C product sales. That would not be cool for cats.

Wholesaler profits are being squeezed in three ways:
Due to these factors, wholesalers sold billions of dollars more hepatitis C drugs than they had planned—but to fewer, larger pharmacy customers that got the best deals. To understand wholesaler pricing models, see Chapter 4 of the 2014-15 Economic Report on Pharmaceutical Wholesalers and Specialty Distributors.

For hepatitis C drugs, some wholesalers instituted “net pricing” terms, which reduce the discount available to smaller pharmacies. Larger pharmacies with negotiating power have been able to push back against these demands. Is that love?

You may be tempted to view specialty drugs as automatically good for wholesalers. But as this example indicates, they may not always be cool for cats.