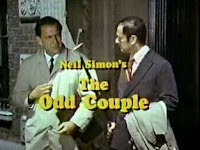 Can two different businesses share a company without driving each other crazy?

Or as I asked in my Ten Strategic Questions for 2009: “Will CVS Caremark finally prove the strategic value of a Pharmacy Benefit Manager/Retail Pharmacy combo?”

So far, the answer appears to be “not yet.”

I won’t do a deep dive into the company's finances or strategy on the blog (sorry, clients only), but CVS Caremark posted impressive financials in its 2008:Q4 earnings last Thursday. Same store sales at CVS retail pharmacies increased 4.5% in 2008 (4.8% in pharmacy and 3.6% in the front-end). The Longs deal gave an extra boost to fourth quarter revenue. Last week's top-line results shouldn’t be a surprise if you read last Tuesday’s post Pharmacy Avoids Retail Sales Plunge. See:

However, CVS Caremark’s PBM businesses are not becoming a larger share of prescriptions filled at CVS retail pharmacies. Put another way, the flagship Maintenance Choice program may be appealing to payers and consumers, but there is not yet a quantitatively visible shift in CVS' retail activity. If CVS pharmacies are taking retail pharmacy market share, then it’s not yet as a result of corporate co-ownership with a PBM.

Looking forward, I suspect that CVS Caremark will try to take a stronger hand to generate greater “synergies” for its combination business model. CEO Tom Ryan alluded to "people experimenting with limited networks" on Thursday's earnings call. Wal-Mart has already thrown down the gauntlet for the preferred pharmacy network in its deal with Caterpillar. (See WMT + CAT: Pharmacy's Future?.) However, we still have little evidence that consumers or payers will accept limited networks on a wide-scale.

Since 2005, CVS has reported an income statement item in its SEC filings called “Intersegment eliminations,” which is currently defined as follows:

“Intersegment eliminations relate to intersegment revenues and accounts receivables that occur when a Pharmacy Services Segment customer uses a Retail Pharmacy Segment store to purchase covered products. When this occurs, both segments record the revenue on a standalone basis.”

Thus, these eliminations are a proxy for measuring the revenues to CVS retail pharmacy when it fills a script for beneficiaries of a CVS-owned PBM plan. As I understand the accounting, a PBM usually recognizes revenues for these prescriptions because the PBM considers itself to be a principal in the transaction. The relevant PBMs are Pharmacare, Caremark (starting in 2007), and now RxAmerica (starting with Q4:2008).

The chart below shows quarterly intersegment eliminations as a percent of retail pharmacy prescription revenue during the last three years. Thus, the chart shows an estimate how much of CVS' retail prescription revenues come from CVS Caremark’s 3 PBM businesses.

As expected, the numbers jump sharply after the Caremark acquisition. But it’s notable that the share has not consistently increased since the acquisition. If the in-store share starts to rise, then it will be (partial) evidence that maintenance choice is getting traction. (One small twist: RxAmerica contracts will be moving from "net" to "gross" in Q2:2009, which will boost intersegment eliminations.)

In the meantime, I suspect some readers will view this disconnect in a positive light because it means that beneficiaries still have the freedom to choose their pharmacy regardless of co-ownership with a PBM.