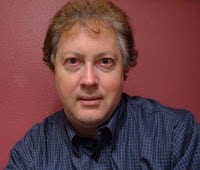 Drug Topics just published a fascinating Letter to the Editor from Richard Molitor, Manager of the hospital-owned Evergreen Professional Center Pharmacy in Kirkland, WA. His pharmacy was directly affected when the DEA suspended Cardinal Health’s (CAH) license to distribute controlled substances. I contacted Richard directly and he was kind enough to provide me with some additional details (as well as the photo).

In Fresh DEA News from Cardinal, I asked whether an unfair burden is being laid on a corporation that never asked to be a police force. In my opinion, the experience of Evergreen Professional Center Pharmacy illustrates the risks to pharmacies and patients when wholesalers are (explicitly or implicitly) asked to become enforcers without normal due process protections.

THE VOICE OF THE CUSTOMER

You can read Richard’s complete Letter to the Editor online, but here are the key quotes:

OK, we can all see the irony in asking customers to order in advance of the suspension and then penalizing those same customers for actually following their sales rep’s advice! Like many large companies, it sounds like there was poor communication between the head office and the field.

Apparently, the DEA now considers distributors and wholesalers to be responsible for ensuring that a pharmacy is only dispensing prescriptions issued for a legitimate medical purpose by an individual practitioner acting in the usual course of professional practice.

In a private email to me, Richard told me that Cardinal “didn't seem too willing to allow due process for their customers. Instead, based upon some ill-obtained assessment of 'risk,' they decided to shut us off as well as to restrict (via rationing, once I'd screamed loud enough about being cut off) further ordering (which nearly required our 250-bed hospital to shut down since the Inpatient Pharmacy couldn't get the injectable meds they routinely use).”

While a wholesaler or pharmacist should always “exercise diligence and caution” (as Tom Connelly wrote in his comment last week), I am not aware of formal rules or guidelines to define the precise level of diligence or caution, especially when there is uncertainty about whether an ordering pattern might represent purchases for diversion.

It’s especially tricky for the big 3 wholesalers – AmerisourceBergen (ABC), Cardinal Health (CAH), and McKesson (MCK) – because each company serves 20,000 or more active customer accounts placing millions of total orders per year. Most companies will (rationally) become very risk-averse about any questionable situations when faced with uncertainty.

I’m no lawyer (see disclaimer below), but I’m fairly certain that companies do not have to abide by the restraints and procedures of due process as enshrined in our Constitution. Therefore, the risks to pharmacies and patients will increase if wholesalers are (explicitly or implicitly) asked to become judge, jury, and executioner on behalf of the DEA.

Any of my pharmacist readers care to weigh in on this topic?
-----
P.S. BTW, Richard operates his own webpage with links to pharmacy-related materials. True Molitor fans can also see Richard’s vacation photos, proving once and for all that pharmacists travel the globe, too.
Adam J. Fein, Ph.D. on Friday, February 22, 2008