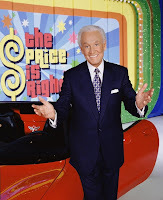 I just read an interesting new report about drug price comparison web sites run by 10 U.S. states. But the wide variations in pharmacy prices for a common, high volume generic make me wonder about the efficiency of the pharmacy market and the value of apparent transparency.

The Center for Studying Health System Change just released a study called State Prescription Drug Price Web Sites: How Useful to Consumers? I’m not familiar with the organization, but I found the report to be very useful.

Consumers in 10 states can compare the price of selected prescription drugs at different pharmacies. These sites provide the retail pharmacy price, which is usually measured as the “usual and customary price” charged to Medicaid. In theory, these prices could help uninsured or underinsured consumers shop around for lower prices.

Unfortunately, the data provided by these sites are apparently not always usable. The report documents some predictable problems, including:

Florida has a one of the better sites and is highlighted in the new report.

Just for fun (!), I compared the pharmacy prices listed on the Florida site (http://www.myfloridarx.com/) for simvastatin (generic version of Zocor) 40 MG tablet. I searched pharmacies in Hialeah, FL, which is an urban market included in the new report.

Since I’m a wild and crazy guy, I also dug up Florida’s Maximum Allowable Cost (MAC) data, which tells me the maximum ingredient cost reimbursement to a retail pharmacy for filling a Medicaid script. MAC data for Florida’s Medicaid program are also available online here, although not in a consumer friendly format. (I love the Internet!)

Now here is something interesting: the cash price at three chains is *below* the MAC reimbursement from Medicaid. The Hialeah list included 8 Walgreens (WAG) pharmacies ($59.99), 3 CVS pharmacies ($54.59), and 1 Wal-Mart (WMT) pharmacy ($54.54). In other words, Medicaid pays more than a cash pay customer.

Correction (2/20/08): Medicaid does not pay more than a cash customer at a given pharmacy because the pharmacy can not be reimbursed by Medicaid for more than its Usual & Customary charge. However, an uninsured cash-pay customer buying at Walgreens would pay less than Medicaid would pay to a pharmacy with a U&C above the Medicaid reimbursement rate. Thanks to Marc for the clarification. See the comments below for more details.

THE MYTH OF TRANSPARENCY

While Florida’s site does a reasonable (but incomplete) job in comparing retail prices, a payer or consumer would still not have a clue about the allocation of revenue and profits associated with a simvastatin prescription.

The retail pharmacy price from an individual script gets divided between the manufacturer, the wholesaler, the pharmacy, a health plan, and/or the third-party managers who oversee the whole process. It’s almost impossible to know how various rebates, discounts, and reimbursement structures have influenced the drug’s cost to an individual pharmacy. Publication of Average Manufacturer Price (AMP) data, which would provide one data point for actual acquisition cost, is off the table for now. (Granted, this mystery and complexity allows people like me to earn a living by understanding the inner workings of this system.)

Healthy competition is one factor that can allow a free market to provide the benefits of transparency. For example, consumer involvement in Medicare Part D is lowering costs and changing behavior. (See Part D and Generics.) However, the wide and apparently persistent variations in pharmacy prices for a common, high volume generic make me wonder whether consumers are getting the true benefits of market competition among pharmacies.
Adam J. Fein, Ph.D. on Tuesday, February 19, 2008