Mapping the Vertical Integration of Insurers, PBMs, Specialty Pharmacies, and Providers: A 2022 Update 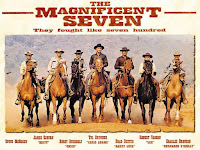 I conservatively estimate that I’ve created about 1,374,613 slides during my career. But there are two slides that people seem to appreciate the most.

One is my chart showing the key channel flows within the entire U.S. pharmaceutical distribution, payment, and reimbursement system.

The other is my mapping of the insurer/PBM/specialty pharmacy/provider organizations that now dominate U.S. drug channels. Below, I provide an updated version of this second chart that reflects some recent transactions and name changes. About half of all U.S. healthcare spending flows through the seven companies shown below.

These organizations are poised to exert greater control over patient access, sites of care/dispensing, and pricing. But as I note below, Federal Trade Commission chair Lina M. Khan has other ideas about these companies.

The chart below provides an updated illustration of the major vertical business relationships among the largest companies in the U.S. healthcare system. The companies are listed alphabetically by the name of the insurer. An earlier version of this chart appears as Exhibit 212 in our 2022 Economic Report on U.S. Pharmacies and Pharmacy Benefit Managers. 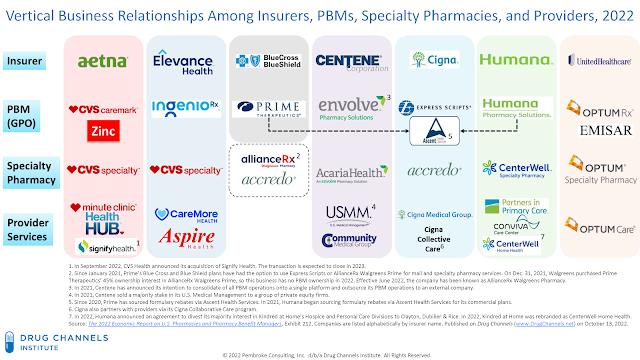 For more background on these companies’ market positions, check out three of our most popular analyses: Notably, some of these companies have begun to unwind their vertical integration efforts:
ENTER THE FTC

Federal Trade Commission Chair Lina M. Khan has signaled serious concerns about the extent of vertical integration shown above. Here’s what she said in a June 2022 speech:

She went further at the recent National Community Pharmacists Association (NCPA) meeting, where she expressed deep skepticism about PBMs:

“We’re kind of looking at middlemen across the board to try to understand, how could we be making sure that these markets are really serving people and not just the narrow self interests of gatekeepers?”

In my April analysis of PBM market share, I quipped: “So, you should prepare to live with our current PBM market’s golden rule: Whoever has the gold gets to make the rules.”