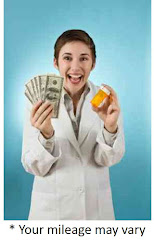 The Bureau of Labor Statistics (BLS) has recently released its employment and salary data for 2020. That means it’s time to update Drug Channels Institute’s (DCI) annual analysis of pharmacist salaries and employment.

We have found that the share of pharmacists who work at hospitals reached a new high. What’s more, average base salaries for retail pharmacists have dropped, while salaries have risen for pharmacists employed by hospitals, physician offices, and other non-retail settings.

A word of caution: These data were collected during the peak of last year’s pandemic shutdowns. I suspect that 2020 will turn out to have been a much more challenging year for retail-employed pharmacists.

The table below profiles overall employment and salaries for U.S. pharmacists in 2020. Details on the data and our methodology appear at the bottom of this article. 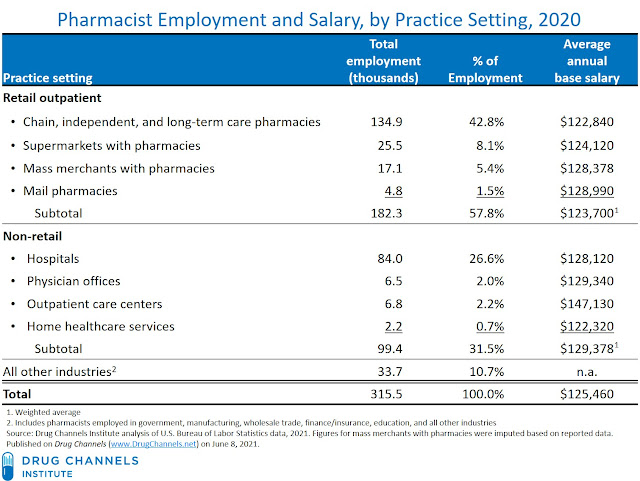 Our observations about the recent employment trends: 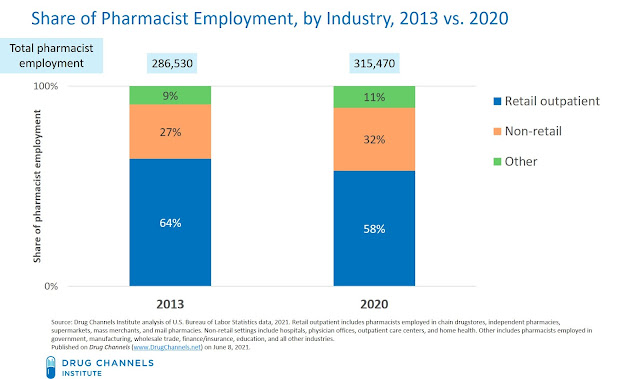 Observations about the recent salary trends: 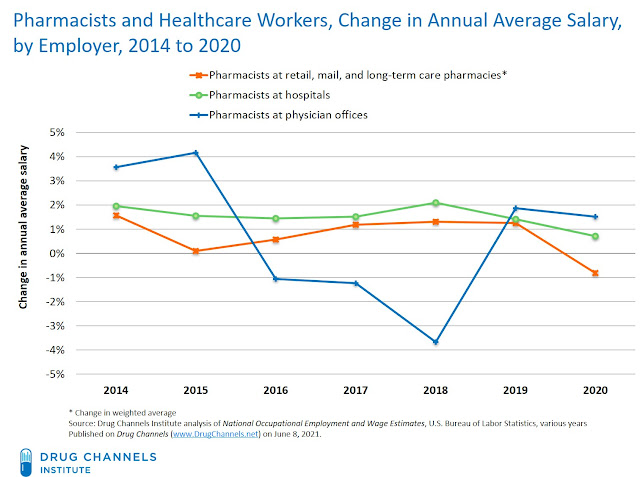 We rely on the 2020 Occupational Employment Statistics (OES) data from the Bureau of Labor Statistics (BLS). BLS and the State Workforce Agencies (SWAs) collaborate on the OES survey. BLS funds the survey and dictates its structure, while the SWAs collect most of the data. The OES survey categorizes workers by detailed occupations based upon the Standard Occupational Classification (SOC) system. For more on these data, see the OES FAQ page.

The Pharmacist occupation code is 29-1051. Using these data, we identified pharmacists working in various retail and non-retail settings based on the NAICS (North American Industry Classification System).

A few more items of note: