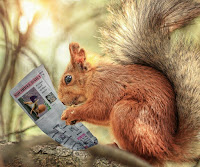 Autumn is here! Curl up with your favorite pumpkin-spiced blog and savor these stories harvested from the Drug Channels patch: Plus, the best article ever about Elizabeth Holmes’s Theranos trial.

P.S. Please join the more than 12,500 consumers of my daily commentary and links to neat stuff at @DrugChannels on Twitter. You can also find me on LinkedIn, where I have more than 20,000 followers.

I highly recommend this outstanding report sponsored by the Community Oncology Association (COA). The report was researched and written by Ronny Gal, who conducted the work as part of his Moto Bioadvisors consulting business.

Ronny examined the reimbursements that commercial health plans paid hospitals for a wide range of biological drugs. As you may know, CMS’s Hospital Price Transparency rule now requires hospitals to reveal previously hidden details about their third-party contracts. Most hospitals are not complying with this rule, but Ronny was able to gather data on 59 oncology treatment and supportive drugs from 123 hospitals.

The report has loads of data. This graphic (from the report’s page 9) neatly summarizes the story: 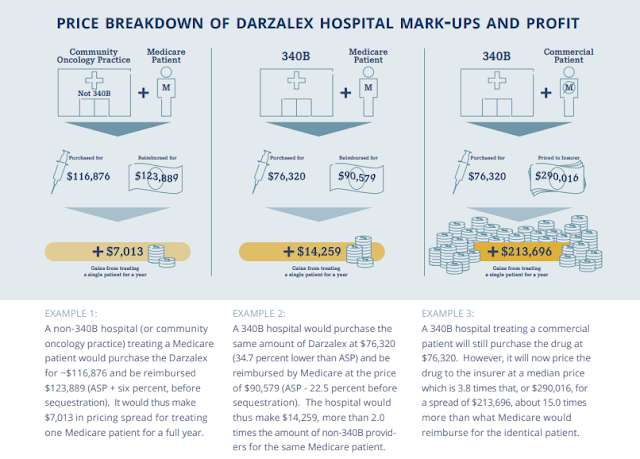 This problem is not new, per my 2018 article Still Possible: Hospitals Overcharge Health Plans for Specialty Drugs. However, Ronny and COA have cleverly used a new data set to show just bad the situation has become. Well done!

SSR Health is an independent organization that collects and reports data on pharmaceutical prices. Its the gold standard for measuring net drug prices, which is why I relied on its data in Surprise! Brand-Name Drug Prices Fell (Again) in 2020. Read more about SSR Health on its US Brand Rx Net Pricing Tool webpage.

"[L]ist prices for many prescription products and most biopharma companies are now growing more slowly than the Consumer Price Index. These prices are falling in real terms."

It seems as if our politician's perceptions have still not caught up to today’s realities.

Last week, I posted an admittedly snarky message on Twitter and LinkedIn. To my surprise, it became my most-liked and retweeted post ever. I guess I struck a nerve!

Wake me up when they propose benchmarking their salaries & hospital prices to other countries. 👇 🙄

I don’t know about you, but I have been thoroughly demoralized by the quality of the current political debate over “drug pricing.” Drug pricing flat earthers (#DPFE) refuse to follow the data and acknowledge what’s truly going on. (Just consider the SSR data highlighted above.) I hear far too many blatant misrepresentations and outright falsehoods about drug spending and prices.

As I wrote in a follow-on tweet, the U.S. should figure out its own value for healthcare products and services. Outsourcing to countries with vastly different economies, systems, and standards is lazy and illogical. We don't benchmark physician salaries and hospitals to international prices, despite the potential for trillions in savings.

This is a fascinating story about criminal shoplifting networks that steal millions of dollars of OTC drugs, beauty products, and other front-end items from CVS pharmacies and other retailers. The thieves then fence the stolen goods—on Amazon. Yikes!

Clearly, this theft is hitting CVS’s retail profits. As the article notes: “CVS has doubled its crime team to 17 over the past two years and purchased its own surveillance van with 360-degree cameras and a high-powered telescope.”

Elizabeth Holmes Arrives To Trial With Prototype For Black Box That Will Prove Her Innocence, The Onion

This might be The Onion’s best article ever—especially to those us who are familiar with Elizabeth Holmes and the alleged fraud surrounding Theranos.

Three years ago, I reviewed an outstanding book about the Theranos saga. It contained some juicy gossip about the hapless behavior of Walgreens’ previous management team. Read my comments here: How Walgreens Got Taken: Read This Fantastic New Book About Theranos.