Why Do CVS And Express Scripts Rely on Secretive Private Companies to Run Their Copay Maximizer Programs? 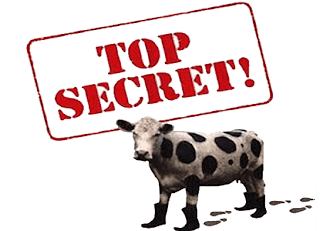 In Copay Maximizers Are Displacing Accumulators—But CMS Ignores How Payers Leverage Patient Support, I explained a new Centers for Medicare and Medicaid Services (CMS) final rule regarding health plans’ use of copay accumulator adjustment. I also highlighted why plans have responded to the negative patient impact from accumulators with copay maximizer programs.

However, maximizers are being implemented very differently from accumulators.

The two largest PBMs—CVS Health’s Caremark and Cigna’s Express Scripts—have each partnered with secretive and independent private companies to operate specialty drug maximizer programs for their plan sponsor clients. What’s more, at least one of these private companies earns fees equal to 25% of the manufacturer’s copay support program.

These arrangements are very odd. Why do multi-billion-dollar public companies rely on these private companies to administer their maximizer programs? Why do these small companies deserve such outrageous fees? Why are beneficiaries required to affirmatively sign up with the companies—or face ludicrous costs that far exceed their plan’s out-of-pocket maximums? Does any oversight exist for these arrangements?

Here’s what I managed to uncover about these businesses. See what you think.

Both accumulators and maximizers let payers extract the full value of the manufacturer’s copay support. But there is a crucial difference in how these programs are being implemented.

PBMs typically offer accumulator solutions directly to their plan sponsor clients:
A maximizer has an advantage over an accumulator, because it reduces or eliminates the patient’s out-of-pocket obligations. However, PBMs provide maximizers only via partnerships with external businesses:
Let’s delve into the mysterious companies that have partnered with the PBMs.

SaveonSP has elements of a copay maximizer program. For example, a patient’s actual out-of-pocket drug costs are $0, so they never reach any annual deductible nor any out-of-pocket maximum based on these drugs. (The patients can still face a deductible, if their plan has one.)

However, SaveonSP differs in some important ways from a standard maximizer program.

With SaveonSP, a commercial plan sponsor declares specialty drugs to be “non-essential health benefits.” Non-essential drugs are still covered by the plan, but they are not subject to the Affordable Care Act (ACA) Essential Health Benefit requirements and can be removed from the out-of-pocket maximums required by the ACA.

The patient’s out-of-pocket costs are set equal to the maximum annual value of a manufacturer's copayment program. Thus, the copayment is not based on the list or net price of the drug. It is instead determined solely based upon the amount of manufacturer-funded copay assistance. For instance, a program with a total value of $20,000 in copayment support would require a patient to pay $20,000 annually for their drugs, without regard to the plan’s out-of-pocket maximums.

To avoid these extraordinary costs, the beneficiaries must enroll separately in SaveonSP. They must also fill their prescriptions exclusively from Express Scripts’ Accredo specialty pharmacy.

SaveonSP profits mightily from this scheme. According to minutes of the New Mexico Retiree Health Care Authority meeting (page 11), SaveonSP charges a 25% fee of the copayment support.

Here are a few more fun facts about the company:
Very strange.

Recently, CVS Health’s Caremark launched the PrudentRx Copay Optimization Program. It has a maximizer-like design and appears to operate similarly to SaveonSP.

In its marketing materials, Caremark touts its “exclusive collaboration with PrudentRx.” Caremark describes PrudentRx as a business with “over 30 years of experience in specialty pharmacy and copay card programs.”

SaveonSP is a model of (relative) transparency compared with PrudentRx:
Did I find the wrong PrudentRx? If so, then I challenge any Drug Channels reader to direct me to the business partnered with CVS.

FWIW, a CVS Health spokesperson confirmed to me that “PrudentRx is not a subsidiary of CVS Health.”

CLARIFICATION: According to my research, the PrudentRx that is currently affiliated with CVS Health is not the same as private company that was acquired by HMS in 2008.

I’m still trying to figure out what’s going on with SaveonSP and PrudentRx.
If there are logical and sensible answers to these questions, I haven't figured them out.

In the meantime, I’d welcome additional information on how these small, secretive companies are profiting by absorbing patient support funds from manufacturers.