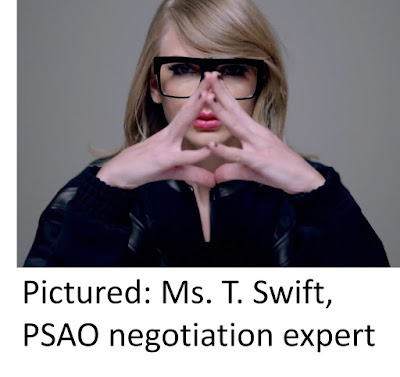 Today, I examine how independent pharmacies will participate as preferred cost sharing pharmacies via the pharmacy services administrative organizations (PSAOs) that that represent these pharmacies in negotiations with plans.

For most independent pharmacies and their PSAOs, the profit sacrifices of Medicare Part D preferred networks are apparently no longer worth the incremental volume. As I predicted last year, they are starting to reject preferred networks:
You’ll find details and a handy scorecard below.

I USED TO THINK THAT WE WERE FOREVER

This is our third article about the 2020 Medicare Part D market. Here are the first two of the series:
For a deep dive into the economics and strategies of narrow network models, see Chapter 7 of our 2019 Economic Report on U.S. Pharmacies and Pharmacy Benefit Managers.

AND I USED TO SAY, NEVER SAY NEVER

Large pharmacies interact and negotiate directly with PBMs and other third-party payers. However, nearly all smaller pharmacy owners participate in pharmacy services administrative organizations (PSAOs) to leverage their influence in contract negotiations with PBMs and other third-party payers. The PSAO relationship is crucial for independent pharmacies, because independents generate more than 90% of their total sales from prescription dispensing.

Here are the four largest PSAOs:
For our latest data on PSAOs and their services (along with a list of the top eight PSAOs), see Section 2.2.4. of our new 2019-20 Economic Report on Pharmaceutical Wholesalers and Specialty Distributors.

BUT THIS TIME I'M TELLING YOU

To complement our analyses of retail chains, the table below summarizes the preferred network status of pharmacy members that belong to the top four PSAOs. The shaded boxes indicate (1) a change in a PSAO’s participation from 2019 to 2020, and (2) a PSAO’s participation in a plan that is new for 2020. Click here to download the list as a PDF. 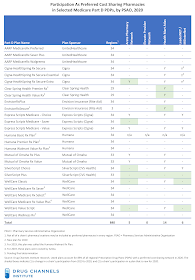 Here are highlights of PSAO participation in 2020 Part D preferred networks:
WE ARE NEVER EVER, EVER GETTING BACK TOGETHER

For 2017, CMS found that urban and suburban beneficiaries’ nearest preferred pharmacy was less than a mile farther from the nearest standard network pharmacy. Most beneficiaries (92% or more) were within the CMS distance access thresholds for a preferred pharmacy location. Nearly all (98%+) beneficiaries had ready access to standard cost-sharing pharmacies. These generally positive results suggest that access was not comprised.

Unfortunately, I don;t expect CMS to update its analysis. It’s more likely that CMS will allow the underlying economics to drive the pharmacy market’s evolution. The margin reduction from direct and indirect remuneration (DIR) appears to encourage pharmacies to remain in networks with standard cost sharing for seniors.

The largest retail chains will accept this profit hit for 2020. But this time, independents and their PSAOs are telling plans that we are never ever, ever getting back together.