JAMA: Withdraw This Flawed and Inaccurate Article About the 340B Program and Drug Prices 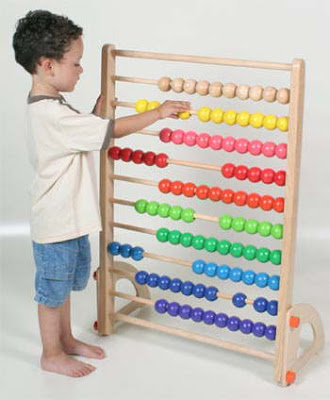 However, the paper contains a significant computational error: The authors do not properly calculate the 340B ceiling price. Consequently, the authors’ calculations are inaccurate and their conclusions are erroneous. As we might expect, a manufacturer’s revenue per-patient doesn’t increase when list prices decline and net prices remain constant.

Below, I explain how to compute a drug’s ceiling price under the 340B Drug Pricing Program. I then illustrate the crucial mathematical error in the JAMA paper. I also briefly highlight a few other errors and omissions in the paper.

The paper’s serious and irredeemable flaws imply that readers will be significantly misinformed about drug prices and the 340B program. You may or may not agree with me about the 340B program. But I hope you will concur that respected academic journals should publish truthful and accurate information.

The authors state: “The 340B discount is 23.1% of a drug’s average manufacturer price.” This statement is not accurate. Therefore, the paper’s computations are unreliable and its conclusions are erroneous.

Understanding why Dickson and Reynolds are wrong requires a brief detour into the wonky underbelly of 340B pricing computations:
With this background, we can revisit the author’s computations in Table 3 of their paper.

Consider the figures in Table 3 for Harvoni, which is shown to have had a WAC of $94,500 and a PBM rebate of $70,500.
By using the correct 340B ceiling price, the manufacturer’s per-patient revenue would be the same at 340B and non-340B facilities for all products shown in Table 3. The paper's results are therefore inaccurate. This crucial error undermines the entire paper and all of its conclusions.

In a private email to me, Mr. Dickson argued that commercial rebates to PBMs are excluded from the computation of best price in Medicaid. That’s also wrong.

Those who are not government pricing professionals can misinterpret the statutory language in 42 CFR § 447.505(c)(17) to mean that commercial PBM rebates are excluded from the computation of best price in Medicaid.

In practice, manufacturers almost always include rebates to PBMs on behalf of commercial plans and commercial lives in best price. Manufacturers include commercial rebates in best price because those rebates are “designed to adjust prices at the retail or provider level” (per the language of 42 CFR § 447.505(c)(17)). “Providers,” in turn, are defined to include health maintenance organizations, managed care organizations, and other entities that “provide coverage … to individuals for illnesses or injuries” (per 42 CFR § 447.505(a)).

Don't take my word for it. Instead, rely on John Shakow of King & Spalding. He's one of the country's leading legal experts on government drug pricing. Here's what he told me:


“In my experience, very few drug manufacturers do not include commercial PBM rebates in Best Price. They include them because it would be difficult to take the position that the rebates are not ‘designed to adjust prices’ to insurance plans.

If there is confusion about this issue, it’s because CMS in 2007 gave the impression that some PBM rebates might not be designed to adjust prices to insurers. That’s a hard argument to sustain in 2019, knowing what we know now about the relationships between PBMs and their clients.

Most drug manufacturers are risk averse when it comes to Best Price; without some kind of assurance (a one-on-one communication with CMS, for instance), almost all take commercial PBM rebates into account when determining Best Price.”

I also polled government pricing experts from around the industry. All of them confirmed that manufacturers include rebates in the computation of best price. Here are three representative statements:
OTHER ISSUES