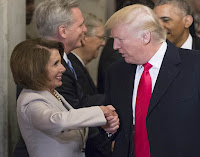 Today, I highlight five implications of these benefit designs on patient affordability, out-of-pocket costs, and perceptions of prescriptions prices. My observations are based on Employer Pharmacy Benefits in 2018: More Tiers, Greater Coinsurance, and Lots of High-Deductible Plans, in which I summarized companies’ 2018 prescription drug coverage for their employees.

As I explain below, many aspects of employers’ plans are unfriendly to patients with serious medical conditions and to those who face coinsurance and high-deductible plans. What’s more, most employees don’t understand their increasingly complex prescription insurance.

If politicians want to get serious about controlling how voters feel about their prescription costs, they should focus on understanding the structure of commercial and Medicare Part D benefit designs.

To appreciate the five implications below, you will find it helpful to review the charts in Employer Pharmacy Benefits in 2018: More Tiers, Greater Coinsurance, and Lots of High-Deductible Plans

1) Patients are increasingly exposed to the list price of their prescriptions.

Coinsurance amounts are typically based on the negotiated rate between a pharmacy and payer. These amounts typically approximate a drug’s undiscounted, pre-rebate list price. Though patients pay the list price, their employer can still collect a rebate that is not reflected in that pharmacy pricing. For some high-list/high-rebate drugs, the patient’s out-of-pocket costs can even exceed the net cost of the drug to the employer.

That’s right: Employers can actually profit from certain drugs. Plan sponsors can hoard rebates rather than share the savings with the employees whose prescriptions generated the rebate funds. Revist the figures in New Disclosures Show CVS and Express Scripts Can Survive in a World Without Rebates.
2) Most people incur relatively small out-of-pocket costs for their prescriptions, but some people must spend a lot.


Some people take inexpensive generic drugs and have benefit plans with fixed-dollar copayments. Other people end up with very high out-of-pocket expenses due to coinsurance. Consider the data on out-of-pocket obligations in this exclusive Express Scripts data .

The disappearance of two- and three-tier benefit designs has made these out-of-pocket expenses especially significant for specialty drugs. Employers and their PBMs typically place therapies for such chronic, complex illnesses as cancer, rheumatoid arthritis, multiple sclerosis, and HIV on the fourth and specialty tiers of benefit plans.

For 2018, the Kaiser survey shows that the use of coinsurance is prevalent on upper tiers, particularly for plans with high deductibles. What’s more, almost half of all workers have no out-of-pocket maximum for fourth-tier specialty drugs, and one in five has no limit for fourth-tier drugs.

This prescription cost-sharing is subject to a plan's overall out-of-pocket maximum. However, the OOP obligation can be very high. For single coverage, 59% of workers face an out-of-pocket max that is greater than $3,000. An additional 17% have an OOP max greater than $6,000. (The report doesn't include the limits for family coverage.) Most employer plans fall below the Affordable Care Act (ACA) maximums, which are high for 2018: $7,350 for single coverage and $14,700 for family coverage.

This all means a significant cost for the average U.S. household.
3) For commercially insured beneficiaries, manufacturers’ copay card programs help address the benefit design problems of coinsurance and deductibles.


People with coinsurance or prescription deductibles may not actually pay these out-of-pocket obligations. Since out-of-pocket amounts can reach thousands of dollars, they often end up being partially or fully paid by the manufacturers of the brand-name drugs.

Consequently, the majority of copay support dollars today go toward specialty drugs with coinsurance or spending in a deductible. In other words, manufacturers’ copay programs are addressing the benefit design problems that arise from excessive cost shifting to patients shown in the charts above. In 2017, 20% of claims adjudicated with a copay card were for prescriptions for which the patient out-of-pocket obligation exceeded $125. (source)

Some people inaccurately claim that copay cards are being used to block the dispensing of a generic drug. That's no longer accurate, because PBMs and payers have effectively limited the use of copay cards for a brand-name drug when a generic is available. They have aggressively clamped down via formulary exclusions, automatic substitution, NDC blocks, and other tools.
4) Employers’ benefit designs have the (possibly intended) effect of reducing adherence.


It is well established that pharmaceutical spending reduces medical spending and improves patients’ health. But it seems to me that the growing use of list-price-based coinsurance and deductibles is reducing adherence and raising healthcare costs.

The employer pharmacy benefit designs shown in the Kaiser survey encourage patients to abandon their prescriptions. The chart below comes from a recent IQVIA study. As you can see, more than half of commercial patients did not start therapy when facing out-of-pocket costs exceeding $125. That level could be reached for a second-tier preferred drug with a 26% coinsurance rate and a $500 pre-rebate list price.

The reality of benefit design illustrates why attempts to block or redirect manufacturers’ copay assistance programs can be counterproductive and harmful. That’s why I raised the alarm about copay accumulator adjustment in my first post of 2018. See Copay Accumulators: Costly Consequences of a New Cost-Shifting Pharmacy Benefit.
5) Most people don’t understand their pharmacy benefits.


The Kaiser survey shows that benefit designs are becoming increasingly complicated, with more tiers, more coinsurance, and greater use of deductibles.

Alas, the public’s understanding of these terms is shockingly limited. Here are some troubling findings from the UnitedHealthcare Consumer Sentiment Survey:

Pharmaceuticals account for 14% of U.S. healthcare spending but absorb about 99% of public attention (as the Wall Street Journal wryly noted).

The Kaiser survey helps explain this unfortunate dynamic: People don’t understand the increasingly complex benefit designs that shift more of a drug’s list price to the sickest patients. The state of pharmacy benefit design demonstrates that patients will only feel the effects of politicians’ efforts change health plans.