The Trump Administration’s Blueprint: A Preview of the 23rd Annual MDRP Summit

Today’s guest post comes from Jean-Francois Denault, CEO and Owner of Impacts.CA. He discusses the Trump Administration’s Blueprint to Lower Drug Prices and Reduce Out-of-Pocket Costs. He outlines potential changes and their impact on pharmaceutical manufacturers.

Knect365’s 23rd Annual Summit on the Medicaid Drug Rebate Program (MDRP) in Chicago will provide an opportunity to learn more about the administration’s drug pricing plans and such other topics as government pricing, rebates, and regulation. This event is notable for including many government officials along with over 500 industry participants.

Register by July 27 to save up to $400 off the regular registration fee. Visit medicaiddrugrebates.com for more information.

Read on for Jean-Francois’s insights.

The Trump Administration’s Blueprint: A Preview of the 23rd Annual MDRP Summit
By Jean-Francois Denault, CEO and Owner, Impacts.CA 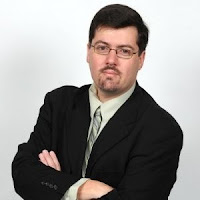 In January, President Trump made his State of the Union address, where he took a firm stance to reduce the prices of pharmaceutical drugs. In his speech, he stated:


“One of my greatest priorities is to reduce the price of prescription drugs. In many other countries, these drugs cost far less than what we pay in the United States. That is why I have directed my Administration to make fixing the injustice of high drug prices one of our top priorities. Prices will come down.”


Following up on this promise, on May 11th, the Trump administration released American Patients First: The Trump Administration Blueprint to Lower Drug Prices and Reduce Out-of-Pocket Costs. During his announcement, President Trump emphasized that while America has been investing a lot of resources to develop pharmaceutical products, American patients have been unable to profit from these innovations, as many cannot afford them. The United States Health and Human Services Secretary (HHS) Alex Azar added that “We (the US) have access to the greatest medicines in the world, but access is meaningless without affordability.”

AN OVERVIEW OF THE ADMINISTRATION’S MAY 11th BLUEPRINT

Under the improve competition header, one of the main issues HHS has been tasked with is to address regulatory loopholes which manufacturers have used in the past to block generic products entering the market as well as promoting the accessibility, affordability and acceptance of biosimilars, while also educating patients and payers on the interchangeability of biosimilar products and treatments.

Under improved competition, there is a call to action to implement projects that encourage value-based care and lower drug prices, which would make stakeholders accountable for outcomes. Topics subject to longer term investigation include value-based arrangements and price reporting, indication-based payments as well as more flexibility for drugs to allow them to move from Part B to Part D Medicare.

One of the major incentives for lower list prices driven by the current administration has been a call on the FDA to evaluate the inclusion of list prices on direct-to-consumer advertising, as well as increased drug price transparency, holding drug makers accountable for drug price increases to help patients make informed decisions relative to drug purchasing.

On the topic of lowering out-of-pocket costs for patients, there has been a call to prevent pharmacy gag clauses (where pharmacists are prohibited from telling patients when they could be paying less out-of-pocket by not using their insurance) as well as requiring Part D Plan sponsors to provide more information to consumers about drug price increases as well as lower-cost alternatives.

IMPACT ON PHARMACEUTICAL COMPANIES AND PRICING

While there are a number of proposals around how drugs are sold, distributed, and discounted, there does not seem to be an overall approach targeting drug prices directly.

One of the few proposals directly impacting pricing has been to explore indication-based pricing, where HHS will evaluate options to allow high-cost drugs to be priced or covered differently based on their indication. The idea is that purchasers would be able to negotiate different pricing schemes and rebates based on the efficacy for the given indication. Nonetheless, this proposal raises a number of hurdles, such as the impact on Medicaid Best Price.

In parallel, there has been additional emphasis on the transparency of drug prices. For example, in one of his speeches, Secretary Azar suggested that pharmaceutical companies should disclose the price of their drugs in their ads. This would result in more uniform prices in drugs and give consumers more control over what they pay, while potentially impacting pharmaceutical incentive and rebate programs.

Also, in an effort to hold drug makers accountable for price increases, there has been a proposal around the design and publication of a drug pricing dashboard, which would make drug price movements more transparent. Nonetheless, the current implementation of this reform has resulted in the publication of a dashboard which does not indicate new prices for drugs, only variations.

Knect365’s 23rd Annual Summit on the Medicaid Drug Rebate Program (MDRP) in Chicago will provide an opportunity to hear more on these and other top hot topics, as well as network and discuss with over 500 colleagues. If you register by July 27, you can save up to $400 off the regular registration fee! Visit medicaiddrugrebates.com for more information.