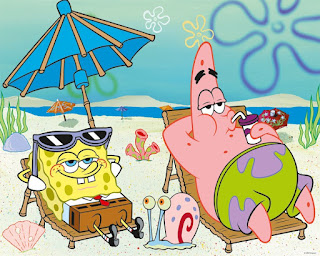 The lazy days of summer are here. Take some time off from the gross-to-net bubble and enjoy my curated collection of timely articles. This month:
Plus, The Wall Street Journal publishes some hard-hitting journalism about the controversial hold music played at CVS pharmacies.


Here’s an excellent, must-read interview with Chris Holt, Amazon’s leader for global healthcare. Chris provides lots of interesting insights into Amazon’s med-surg distribution business for hospitals and physicians. Pay particular attention to his comments about Amazon’s role as a marketplace rather than a channel.

Drug Discount Program: Characteristics of Hospitals Participating and Not Participating in the 340B Program , U.S. Government Accountability Office


Sigh. The U.S. Government Accountability Office (GAO) uncovered another set of troubling facts: More than 20% of 340B hospitals provide minimal amounts of charity care. Consider the exhibit below, which shows data on the statistical distribution of charity and uncompensated care. The numbers tell a story that is quite different from that of the program’s advocates. 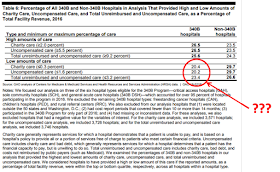 Measures of central tendency (average, median) disguise this awkward variability. Many hospitals do the right thing, but some clearly do not. That was also the conclusion of GAO’s contract pharmacy study, which notoriously found that a majority of the studied hospitals did not provide discounted drug prices to low-income, uninsured patients who filled prescriptions at the hospitals’ 340B contract pharmacies.


“This week, I have seen an amazing display of cognitive dissonance & rationalization by #340B participants, who can't accept unambiguous evidence that something is wrong. Reflexive defensiveness prevents rational discussion about improving 340B.”

The GAO studies should trouble even the program’s most ardent advocates.

What Does a Drug Cost? It Depends on Where You Live. The New York Times


This story reviews a new GoodRx study that shows crazy pharmacy pricing for cash pay prescriptions in different parts of the country. The results echo those of a recent Consumer Reports study.

As I noted in Why Retail Pharmacies Still Overcharge Uninsured Patients—And What That Means for Amazon: “The results expose the insane soak-the-poor mentality baked into the U.S. pharmacy industry’s historical pricing models. The data also highlight the potential pharmacy opportunity for Amazon.”


Yes, this totally real article from the WSJ investigates “one of the most polarizing pieces of music in America.” Fun stuff.