This week, I’m rerunning some popular posts while I attend Asembia’s 2018 Specialty Pharmacy Summit. Click here to see the original post and comments from January 2018.

Let’s kick off 2018 with a Last Jedi-themed look at copay accumulator programs—a benefit design option that I expect to become highly controversial this year.

Accumulator programs target specialty drugs for which a manufacturer provides copayment assistance. Unlike conventional benefit designs, the manufacturer’s payments no longer count toward a patient’s deductible or out-of-pocket maximum.

As you will see below, plan sponsors—employers and health plans—will save big money because accumulators shift a majority of drug costs to patients and manufacturers. Accumulator programs will further lower a plan’s drug spending by discouraging the appropriate utilization of specialty therapies and reducing adherence. What’s worse, many patients won’t understand their new “benefit.”

Given the direct human healthcare impact of copay accumulator programs, I don’t see how they can be considered value-based designs. Is it any wonder that people think their employers and insurance companies are from the dark side?

Patients today are being asked to pay a significant share of prescription costs for more-expensive specialty drugs, because of high coinsurance amounts. See the benefit design data in Employer Pharmacy Benefits in 2017: More Cost-Shifting to Patients As Tiers and Coinsurance Expand.

IT’S TIME FOR THE COPAYS…TO END?

For the 2018 benefit plan year, however, many plan sponsors are adopting a copay accumulator approach that alters the conventional scenario.

I'VE GOT A BAD FEELING ABOUT THIS

Let’s run some numbers to illustrate the financial impact of a copay accumulator program.

Consider a benefit design in which the patient has 30% coinsurance on a specialty drug prescription, a $3,000 deductible, and a $6,000 annual out-of-pocket maximum. The patient is prescribed a specialty medication that costs $3,000 per month. For simplicity of presentation, assume that there are no other healthcare expenses that reduce the deductible and out-of-pocket maximum.

The manufacturer establishes a copay offset program that pays 100% of the patient’s out-of-pocket costs. The program has a maximum annual value of $15,000. The manufacturer also negotiates a 20% rebate to the plan sponsor.

In the conventional scenario illustrated below, the manufacturer pays the patient’s annual deductible and the coinsurance amount. Once the annual out-of-pocket maximum is reached, the plan pays the full cost of the prescription.

In the accumulator scenario example: 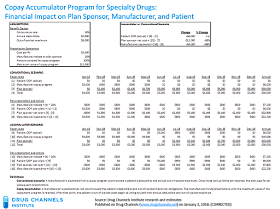 THIS IS NOT GOING TO GO THE WAY YOU THINK

I see at least three major problems as these programs roll out in 2018.

1. Patients will become confused and angry.

Health plans will surely develop communication programs to counsel patients who get hit with surprising out-of-pocket payments. Explanation of benefits (EOB) will provide appropriate disclosure and prevent lawsuits. But let’s get real: Most patients will face a rude surprise in 2018 when they discover that the manufacturer’s program no longer counts toward their deductible or annual maximums.

Consider these dispiriting results from the UnitedHealthcare Consumer Sentiment Survey: 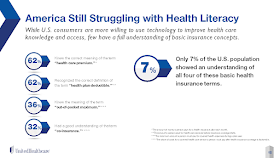 Industry insiders, such as Drug Channels readers, may scoff at these findings. But I expect that later this year, we’ll begin seeing news stories highlighting people’s dissatisfaction with accumulator programs. The media will, of course, blame pharma companies instead of benefit design.
2. Copay accumulators will create massive adherence problems.

Patients don’t decide to forgo cancer or HIV treatment because they now have a “consumer-oriented” incentive. More likely, they will just stop filling their specialty drug prescriptions. Most of these drugs are single-source therapies with no equivalent generic version or therapeutic alternative.

IQVIA analyses demonstrate that this phenomenon is already occurring. More than one in four specialty brand prescriptions are abandoned during the deductible phase. That’s three times the rate of prescription abandonment when there is no deductible. (See page 27 of IQVIA’s May 2017 report, reproduced below.) 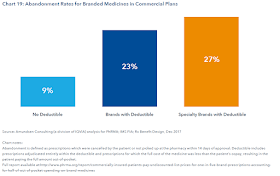 As I see it, insurance should offer protection if you are unfortunate enough to require treatment for a rare and serious condition. It’s therefore hard not to see copay accumulators as blatant discrimination against patients undergoing intensive therapies for such chronic, complex illnesses as cancer, rheumatoid arthritis, multiple sclerosis, and HIV.

Your genetic makeup or bad luck now makes you a target for this unusual benefit design—even after you or your employer has already paid $20,000+ in annual insurance premiums. That’s the essence of the reverse insurance approach at the core of pharmacy benefit design today. And it makes me sadder than an unhappy Porg.
3. Drug spending will drop—for the wrong reasons.


A change in a plan sponsor’s drug spending comprises both prescription utilization and the net, post-rebate cost of drugs. Understanding the mix of cost and quantity is crucial to understanding what drives drug spending.

The PBM data clearly show that a major component of spending growth can be attributed to growth in the number of people being treated and the number of prescriptions being dispensed. For instance, the 7.1% utilization increase accounted for more than half of the 13.3% increase in specialty drug spending for Express Scripts’ commercial clients. 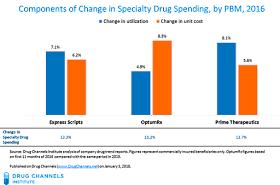 P.S. Unlike copay accumulators, I highly recommend The Last Jedi!

CORRECTION: We inadvertently misstated the formulas for plan sponsor net cost and manufacturer payments in the accumulator scenario. However, all computations and figures were correct.
Adam J. Fein, Ph.D. on Tuesday, May 01, 2018