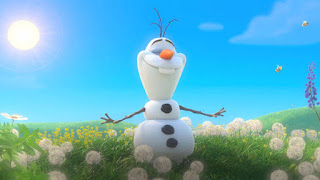 Those coupons people use for expensive meds are starting to count for less, Marketplace


In January, I published Copay Accumulators: Costly Consequences of a New Cost-Shifting Pharmacy Benefit. It has become the most widely read story in Drug Channels’ 12-year history.

The bad news about accumulators is spreading. The story linked above spanned a two-part broadcast on National Public Radio’s Marketplace. Listen to the portion titled “The pushback against drug coupons,” which is linked in the middle of the web page.

In the story, you’ll hear Juliana Keeping, whose five year old son has cystic fibrosis. She said: “A solution that’s going to financially cripple families like mine and many others is the wrong solution. Gimme a break.” Exactly.


This article summarizes a research letter from the journal JAMA Oncology. It shows that drugs and other services cost much more at hospitals than they do at physician offices. For drugs, total reimbursement during a 6-month treatment episode was lower in offices ($43,700) than in hospital outpatient departments ($84,660). Here’s a summary chart of the results: 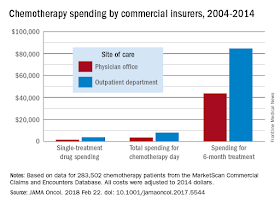 
Vertical integration is occurring throughout the U.S. healthcare system. Consider some startling facts from the Physicians Advocacy Institute’s latest study. Between 2012 and 2016: 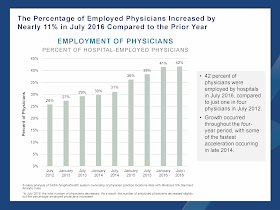 I suppose these trends are not surprising given the cancer drug pricing discrepancies shown above.
Health Insurance CEO Reveals Key To Company’s Success Is Not Paying For Customers’ Medical Care, The Onion