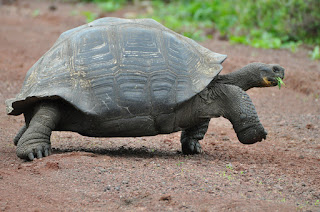 Another fun fact: drug spending has grown more slowly than NHE in seven of the past ten years. Yes, really.

Our analysis also shows that spending on hospital care and healthcare professionals continues to expand much more quickly than drug spending. For 2016, those categories accounted for six times the spending on drugs dispensed from retail, mail, long-term care, and specialty pharmacies.

These new CMS data confirm the slowdown that I have highlighted in multiple Drug Channels articles. Once again, I must be the bearer of non-fake news. Read on for the details.

In 2016, U.S. net spending on outpatient prescription drugs was $328.6 billion, up only 1.3% from the 2015 figure. Spending on outpatient prescription drugs in 2016 grew much more slowly than did overall national health expenditures, which increased by 4.3%. What’s more, drug spending grew more slowly than the other categories. See the chart below. 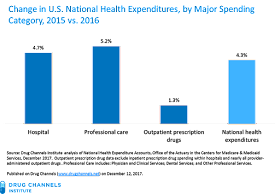 In its Health Affairs article, CMS attributed the slowdown in drug spending to the following factors:
Note that the spending slowdown is consistent with the data from the largest pharmacy benefit managers (PBMs) shown in the following Drug Channels articles:
The 2016 figure returns drug spending growth to its historically lower-than-NHE rate. The chart below compares the year-over-year growth in outpatient retail prescription drug spending with national health expenditure data. As you can see, drug spending has lagged the growth in NHE in seven of the past ten years. 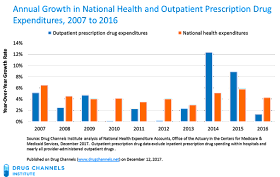 Bottom line: Demonizing “out of control” drug spending as the prime driver of U.S. healthcare spending is simply false.

In my next post, I’ll examine who paid for prescription drugs in 2016. Spoiler alert: Government payers led again.