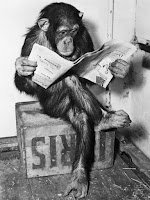 Hope you enjoyed the Thanksgiving holiday! I remain ever-thankful for your support and readership.

Now that you’ve stretched your stomach, stretch your mind with some food for thought. In this issue:
Plus, I share some thoughts on Alex Azar, nominee to head the Department of Health and Human Services.

Amazon to regulators: We won't use state licenses to sell prescription drugs, CNBC


Here’s some buzzkill for anyone expecting Amazon to disrupt the drug wholesaling industry.

You may recall the collective freak-out when the St. Louis Post-Dispatch broke the news that Amazon has wholesale distribution licenses in 12 states. For background, see The Latest on Amazon’s Pharmacy Ambitions—And a Possible Express Scripts Collaboration.

Many people seem to have missed the follow-up story: Amazon plans to use the wholesale licenses for medical devices and supplies. It does not plan to store or ship prescription drugs from the licensed facilities. Here’s what I told CNBC when the corrected news broke:


“There has been a massive overreaction to the Amazon threat,” said Adam Fein, president of Pembroke Consulting and a drug supply chain expert…

“I would never underestimate Amazon,” he continued. “But I remain somewhat skeptical of Amazon's ability and desire to fundamentally alter the drug channel (as) the incumbents will have many opportunities to defend their position, capture value from internet technologies, and streamline distribution.”

Premier did this “in response to speculation that new market entrants will disrupt Premier and other companies that have group purchasing organizations (GPOs) serving the healthcare provider industry.” The statement extols the virtues of GPOs while studiously avoiding any mention of the dreaded A word. Crazy.
Diplomat’s Acquisition of LDI Integrated Pharmacy Services, Diplomat Pharmacy 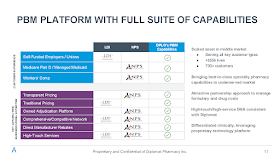 These deals represent a significant evolution for Diplomat. Rather than compete with the large PBMs, Diplomat intends to focus on management of specialty drugs with both pharmacy and medical benefit coverage.

Alas, investors were unimpressed. Diplomat’s stock price dropped by nearly 25% after the LDI deal was announced. It has since partially rebounded.

You may recall my prediction from August: Diplomat Sees Declining DIR Fee Impact—and Perhaps Readies a PBM Strategy. Hope you appreciate how much value you get from your Drug Channels subscription fees!
My $0.02 on Alex Azar, nominee for Secretary of the Department of Health and Human Services


President Trump nominated Alex Azar to be the next Secretary of the Department of Health and Human Services. Here’s the tweet. (Yes, that’s how it was announced. Really.) Tomorrow, the Senate HELP Committee will hold its first hearing on his confirmation.

I think Mr. Azar would make a fine Secretary. Here’s what I told The Washington Post when the nomination was announced:


“This is someone who understands the complex system we’ve built — and the warped channel incentives baked into the system. I don’t think it’s possible to reform the system unless you truly understand this very complicated system we’ve created,” said Adam Fein, president of Pembroke Consulting. “I think there are very few people who understand well enough, from both the business side and the policy side ... solutions that would actually make things more affordable for patients.”

I suspect that pharma industry critics will fill his confirmation hearing with tough questions and plenty of grandstanding from some of our elected representatives.

However, I do expect that Azar will be confirmed. And then, of course, I will be angling to add another picture to my Adam with HHS Secretary photo album!
Adam J. Fein, Ph.D. on Tuesday, November 28, 2017