Watch Congress Vent About PBMs on the House Floor 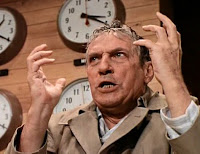 Regular readers know that I have called out PBMs for the potentially warped incentives embedded in rebate practices and the gross-to-net bubble. See, for example, this article and this one.

But the overheated rhetoric on the House floor was truly jaw dropping. Example: Rep. Collins kicked things off in style by claiming that PBMs engage in “monopolistic, terrorist kind of ways that they are dealing with our community pharmacies and independent pharmacies.”

Terrorists? Really?!? I wonder how ISIS feels about this comparison.

Friendly reminder: I provide a non-partisan, fact-based look at all of these topics in our 2017 Economic Report on U.S. Pharmacies and Pharmacy Benefit Managers.

The congressmen raised a few legitimate concerns, but buried these points in an avalanche of over-the-top criticisms and ad hominem attacks. At least Rep. Carter had the courtesy to mention that prescription drugs improve health!

Click here to read the full transcript from the Congressional Record.

Video below. Click here if you can’t see it.

As you can see, the entire screed unfolded before an empty room, so I suspect it will ultimately have limited impact.

P.S. Technically, Rep. Sessions and his colleagues are complaining that PBMs are oligopsonistic, not monopolistic. I explained the distinction in my 2012 antitrust review of the Express Scripts-Medco merger. Just sayin'!