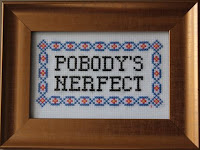 I made a significant error in yesterday’s article. Sorry about that. After 10 years and more than 1,400 posts, I guess I was due for a major brain fart.

Basically, I counted the rebate twice, thereby incorrectly making it appear that payers were paid when an EpiPen prescription is dispensed. That’s not what CVS Health’s white paper illustrated.

EpiPen: What You Need to Know shows the following trends:
Based on these data, CVS can legitimately claim that it “significantly reduced the impact of 3 years of EpiPen price increases” (for patients with flat copayments).

To avoid confusion, I have removed yesterday’s post because it is not reliable.

WHAT I GOT RIGHT

1) The CVS analysis changes significantly when patients have high deductibles. In those situations, the patient buys an EpiPen based upon its list price. The PBM and plan profit by collecting a rebate that is not reflected in the retail price, per the discussion in The Insurance Rip-Off At The Heart Of The EpiPen Scandal. We'll be hearing much more about cost-sharing and deductibles in coming months.

2) Senator Bernie Sanders' obsession with list prices is economically illiterate and misleading. The published list price does not equal the net price paid, as the EpiPen example illustrates. Our current drug channel system encourages ever-higher list prices—even when the net amount received by a drug maker is stable or even declining. That's why understanding the flow of funds and benefit designs is important before going on a twitter rant.

More to come: Senator Sanders and Representative Elijah Cummings have just asked the Department of Justice and the Federal Trade Commission to investigate three insulin makers for alleged collusion on list prices. See this Pharmalot story.