Valeant, Philidor RX, and the Uninformed Attack on Specialty Pharmacy 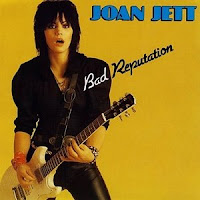 Yesterday, Valeant Pharmaceuticals finally explained its complex interactions with Philidor RX Services, a so-called “specialty pharmacy” that has a previously-undisclosed financial relationship with Valeant. Click here to see the full 89-slide webcast deck. Valeant has been labeled the “Enron of the pharmaceutical industry,” although I don’t know if any of the alleged shenanigans are true.

The stock market went bananas. Valeant’s stock dropped by almost 50% last week, before rebounding slightly. As of yesterday’s close, its stock is still down a whopping 38% in the past 6 trading days.

Those quotes make specialty pharmacies sound like they are barely one step above heroin dealers. The quotes also imply—inaccurately—that every pharmaceutical manufacturer utilizing a specialty pharmacy networks is trying to game the system or trick payers. Oy.

Late yesterday afternoon, the National Association of Specialty Pharmacy (NASP) emailed a statement to the few thousand people on its email list. But the damage is done.

More bad news keeps coming. In the past few days, journalists have unearthed even more alleged problems at Philidor. Check out this troubling Wall Street Journal investigative article: Valeant and Pharmacy More Intertwined Than Thought. It alleges that Valeant employees used bogus email names while secretly working at Philidor. On yesterday’s call, Valeant announced that a new Board committee would be reviewing the company’s relationship with Philidor Rx Services and other pharmacies.

MY $0.02: PHILIDOR IS NOT A SPECIALTY PHARMACY

This brief description should be sufficient to disqualify Philidor RX from being designated a “specialty pharmacy.” But given the media’s uninformed perspective, we must stipulate precisely why Philidor Rx is not part of the specialty pharmacy industry.

Philidor Rx, however, focuses on Valeant’s comparatively undifferentiated traditional drug portfolio. According to Valeant, Philidor’s dispensing activity focused primarily on Valeant’s own dermatology products such as Retin-A-Micro and Solydyn. For Valeant’s Jublia toe fungus medicine, 44% of revenues flowed through Philidor.

2. Revenue Recognition. Manufacturers usually recognize revenues when a product is sold to a pharmacy or to a wholesaler for resale to a pharmacy. Before December 2014, Valeant accounted for its sales to Philidor in this way.

In December 2014, however, Valeant executed a purchase option and began consolidating Philidor’s revenues. That's why Valeant doesn’t recognize revenue until the product is dispensed, at which point Valeant books the net prescription revenues. Valeant also consolidates the revenues of other, unnamed pharmacies in Philidor’s “network of pharmacies” located in California, Florida, New Jersey, South Carolina and Texas.

Valeant also revealed that Philidor dispenses Valeant medications before adjudication of the reimbursement is finalized, so Philidor takes on risk for non-reimbursement. As far as I know, unaffiliated pharmacies always require the payer’s confirmation of coverage and payment before dispensing a prescription.

3. Sources of Pharmacy Profits. A pharmacy earns the majority of its profits from the spread between (1) the drug's acquisition cost and (2) the reimbursement from the payer or consumer. Pharmacies may also receive a minority of their profits from dispensing fees charged to payers and services fees charged to manufacturers. By contrast, Philidor Rx is now effectively operating a direct-selling pharmacy for Valeant products, so the concept of spread does not apply.

On page 16 of its slide deck, Valeant calls out AbbVie’s Pharmacy Solutions business as an example of a manufacturer-owned specialty pharmacy. The Pharmacy Solutions website, however, clearly states that it is an AbbVie company. Last week, AbbVie felt compelled to remind analysts that “revenue from Pharmacy Solutions is less than 0.2% of our total U.S. sales.” Other manufacturers also issued statements clarifying that they use only unaffiliated pharmacies.

Valeant Risks Clash With Insurers Amid Scrutiny, from Toronto’s The Globe and Mail, provides a reasonably concise summary of how Philidor and Valeant worked:

At the same time, payers are figuring out how to exploit manufacturers’ copay programs, by:

Valeant’s approach, however, will create greater payer scrutiny for copay cards associated with Valeant products. I’m sure that prescription claims from Philidor and other Valeant pharmacies will also be examined much more closely by third-party payers. Going forward, that scrutiny may end up having the biggest impact on Valeant’s future sales growth.

In the meantime, specialty pharmacies and their manufacturer partners should definitely care about their bad reputation.