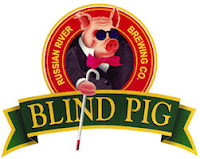 Last week, Wal-Mart Stores surprised everyone by highlighting reduced profits from its pharmacy business. In corporate-speak, these were called “headwinds from pharmacy reimbursements” on its quarterly and annual earnings. Investors took note, especially since Walmart usually discloses nothing about its pharmacy business.

Does this profit announcement signal that Walmart will start emphasizing its pharmacies’ profits over growth? I’m sure that its competitors hope so. Read on and see if you agree.

Here’s what Greg Foran, president and CEO of Walmart U.S., said on the August 18, 2015 earning call:


“Reflecting industrywide trends, we are seeing reduced reimbursement rates from Pharmacy Benefit Managers, which is negatively impacting gross margin. We are also seeing a lower mix of higher-margin cash transactions, reflecting a marketplace shift in which more customers are now benefiting from greater drug insurance coverage. While we are taking a number of actions to lessen the impact, we expect to have pressure on pharmacy for the rest of the fiscal year.” (transcript)

The combined effect of this “unplanned headwind” (their words) and general inventory shrinkage reduced Walmart’s full-year earnings by $0.11 per share, including $0.03 in its third fiscal quarter.

Note also that Walmart did *not* say that it was losing money on its pharmacy. The company indicated only that profits had decreased, compared with previous expectations. Despite the profit dip, Walmart told Reuters that it won’t follow Target and outsource pharmacy.

Here’s an excerpt from the The Washington Post article How Health Care Reform Adds to Wal-Mart’s Pharmacy Woes. I added links to some relevant Drug Channels stories.


The company's struggles are being seen throughout the pharmacy industry, which remains profitable even if the margins are getting thin, said Adam Fein, president of Pembroke Consulting.

It's one of the dirty secrets of the pharmacy industry that uninsured people frequently pay more for drugs than those with insurance, Fein said. That's because the prescription drug plans can use their clout and scale to negotiate lower reimbursement rates with the pharmacies, while uninsured people pay more.

In addition, Fein said Wal-Mart, which runs the third largest pharmacy business in the U.S. bringing in an estimated $18.8 billion in revenue, has made strategic decisions that may have made it more vulnerable to this shift.

In 2006, Wal-Mart began offering hundreds of generic prescription drugs for $4. That was novel because retail pharmacies haven't traditionally competed on the price of prescription drugs, which are largely hidden from consumers and attracted people who were paying full price for drugs, without insurance.

Wal-Mart also participates in preferred pharmacy networks, in which pharmacies agree to cut the price of a drug charged to an insurer, in order to get more customers in the door. Those extra store visits may not be as profitable as hoped, Fein said.”

Nine (!) years ago, I wrote the following about Walmart’s then-new $4 generic program in Reconsidering Wal-Mart (but just a little):


"Wal-Mart clearly struck a powerful chord with people. They are signaling their intent to remove profits from the retail pharmacy industry, to the ultimate detriment of pharmacy chains and independents. I believe that we’ll look back and acknowledge September 21, 2006, as a turning point in retail pharmacy's evolution."

See? Even a blind pig finds truffle once in a while.