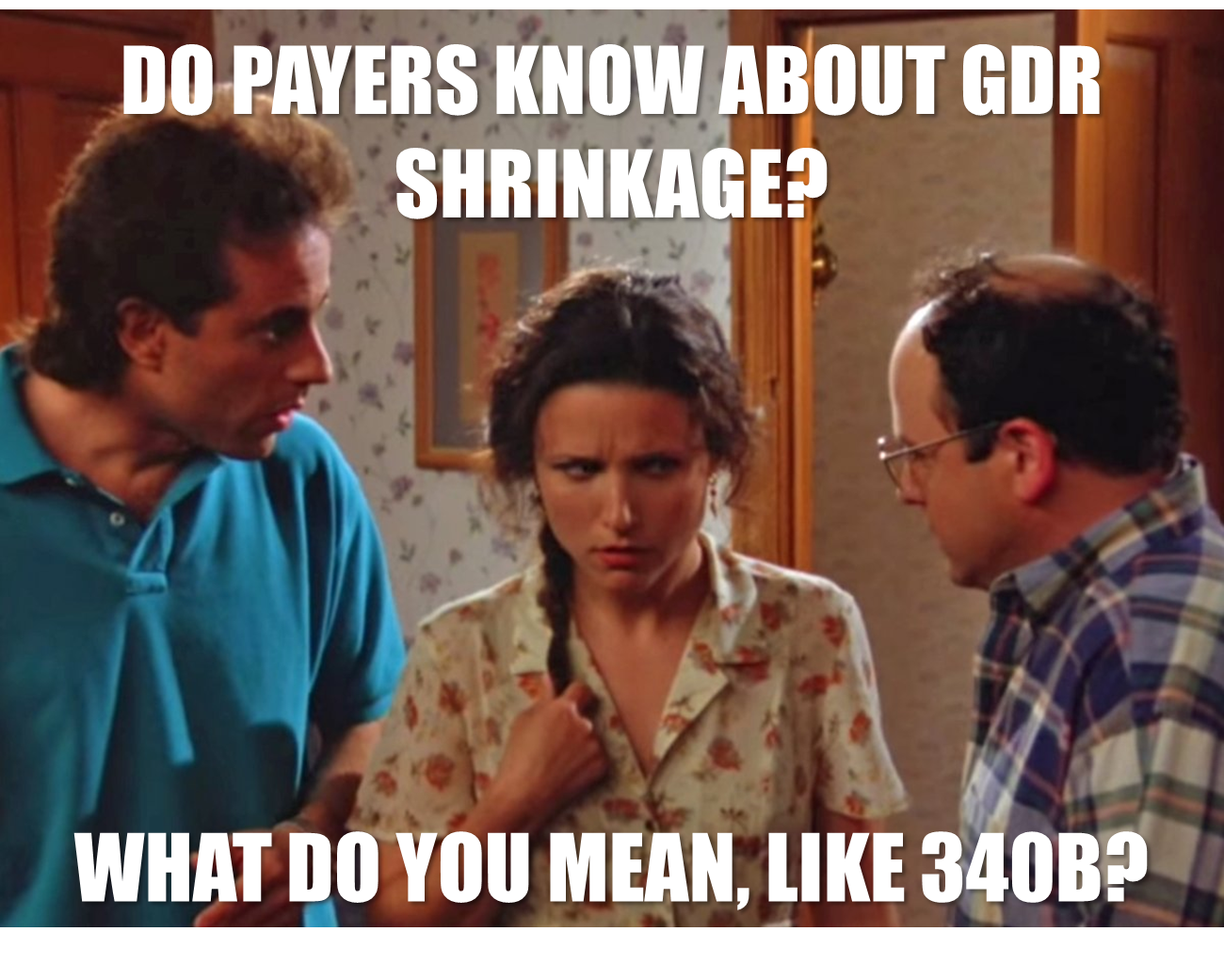 November’s Health Affairs includes The 340B Discount Program: Outpatient Prescription Dispensing Patterns Through Contract Pharmacies In 2012. (Sorry, the full article is available only to subscribers.)

The paper inadvertently provides compelling evidence that the 340B Drug Pricing Program’s crazy incentives are lowering generic dispensing rates at retail pharmacies. The two lead authors work at Walgreens, which perhaps explains why they try (unsuccessfully) to spin the results away from this unfortunate conclusion.

With few exceptions, third-party payers and PBMs have been minimally engaged in the public policy discussion about how the 340B program should be modernized. Walgreens’ unexpected disclosures about cost-shifting to managed care suggest that they should start paying attention. Read on and see if you agree. 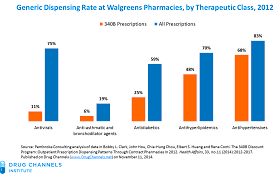 For covered entities, the greatest 340B rebates come from brand-name drugs. The Walgreens data support the idea that 340B entities encourage prescribing brand-name drugs when therapeutically equivalent generic alternatives exist. In other words, the 340B program reduces generic dispensing rate at contract pharmacies.

Here’s why this matters:
To "follow the 340B dollar" and track see exactly how the money flows, see Exhibit 97 (page 163) in the 2013–14 Economic Report on Retail, Mail, and Specialty Pharmacies.

The article’s authors offer no clear explanation for the disparity in generic dispensing rates shown above. Here’s the best they can muster:


“[T]he specific medications dispensed in a therapeutic class may differ between 340B dispensing and overall dispensing because of variations in comorbidity and underlying severity of conditions between the two patient populations.”

I WAS IN THE POOL?

I’m slightly skeptical about the authors’ claim that 340B prescriptions accounted for less than 0.5% of all Walgreens prescriptions.


"The study was based on a statistically valid sample of approximately 500 million prescriptions. The study criteria were equally applied to 340B and non-340B prescriptions."

I’m still curious to know more about which prescriptions were excluded from the analysis and how these exclusions changed the results. Since 2012, the number of contract pharmacies has grown by 60%, implying that even the questionable 0.5% figure would be higher.

In 2013, Senator Grassley asked Walgreens for data about the drugstore chain’s profits from the 340B drug discount program. See Senator Grassley Grills Walgreens About Its 340B Profits. If the senator has received a response, it has yet to be made public.

Senator Grassley is likely to head the Senate Judiciary Committee in the new Republican-led Congress. I expect this Health Affairs article to feature prominently in his next request for details.