Below, I examine the pharmacies in the biggest plans’ networks. Key conclusions:
Read on for what's happening in your world today. 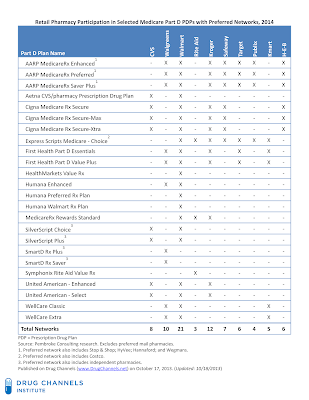 UPDATE: The article was updated to reflect Walmart's preferred pharmacy status in the SilverScript and Aetna/CVS networks.