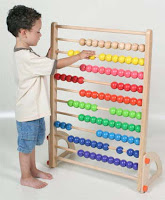 A new report prepared by PriceWaterhouseCoopers (PWC) claims that 11,105 pharmacies will close due to the Average Manufacturer Price (AMP) provisions in the Deficit Reduction Act of 2005 (DRA).

However, as I explain below, this report is fundamentally flawed in a way that will be immediately apparent to anyone familiar with pharmacy economics. In my opinion, the “findings” are not a reliable or accurate prediction of the actual outcome of AMP on the pharmacy industry. No one in the channel – manufacturers, PBMs, wholesalers, pharmacies, and payors – should use this report to plan business strategy.

The centerpiece of the report is a state-by-state estimate of the number of pharmacies that will close if AMP is used to compute the FUL. (See The AMP Saga Goes On and On and On for background.) There are many questionable methodological aspects behind these estimates, but the most significant assumption in PWC’s model derives from the variation in the 2001 average pharmacy net profit.

BTW, Dr. Schondelmeyer’s November 2007 report from the AMP lawsuit used a similar approach to come up with the “loss of 10,000-12,000 pharmacies” guesstimate that has been cited up until now.

Understanding the flaw in the report’s method requires a quick review of a retail pharmacy’s income statement:

Key insight: A reduction in reimbursement has no direct effect on a pharmacy’s Net Profit.

A reduction in reimbursement, such as the use of AMP for FUL computations, lowers Gross Profit by reducing Revenues (assuming no change in COGS, among other things). However, the impact on net profit depends on whether a pharmacy can alter its operating expenses in response to a decline in Gross Profit.

A private business may report an “net loss” for many reasons that do not relate to the true financial health of the business. For example, there could be tax minimization benefits for a business owner from reporting a low or negative net profit while generating high personal income for the owner.

Thus, the “average” pharmacy could have reported an “net loss” if the average pharmacy owner had chosen to pay himself or herself a larger bonus of instead reporting a positive net profit on the NCPA survey. In other words, a decline in Gross Profit could be offset by a reduction in profits to the owner without causing the business to shut down.

I’m no accountant, but a “global market leader for tax services” such as PWC should have considered these financial issues in their computations. If you understand these matters, then you too will question the core assumption that 13% of pharmacies with a “negative net profit” will automatically close.

So here’s another way to think through the math.

Unfortunately for owners of independent pharmacies, the most obvious way to stay in business would be to reduce average pharmacy owner compensation by $23,300 to about $270,000 per year.

Personally painful? Yes. So the real (and still unanswered) question becomes: At what point will an independent pharmacy owner decide that the Owner's Discretionary Profit is too low and shut down or sell the business?

BOTTOM Look, I understand what’s going on. Pharmacists want to be compensated appropriately for the value that they contribute to health care. I fully support pharmacists’ First Amendment rights to advocate on behalf of their own interests. See In Defense of Lobbyists from Friday’s Wall Street Journal for a spirited POV on this subject.

I’m just bothered that pharmacists are making the case using misleading analyses rather than explaining their true value to the health care system or confronting the cross-subsidies of the pharmacy economic model. I’m disturbed to think that this report might be used by outside parties to predict the actual impact of DRA. I also suspect that many independent pharmacists may begin to believe (falsely) that AMP is the single biggest threat to their collective survival.

Just to be clear, I have no stake in the outcome of the AMP battle. I’m not being paid to write this blog nor do I get paid for advocating any particular position regarding AMP. I don't have a grudge against retail pharmacists - honest!

But I do believe strongly in the value of independent expert analyses. Unfortunately, the latest AMP report appears to be political theater designed to influence policy makers rather than a genuine attempt to quantify the impact of AMP. Too bad.
Adam J. Fein, Ph.D. on Tuesday, June 03, 2008