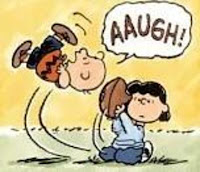 You may find it hard to believe, but a fifth Cardinal Health (CAH) location is now under investigation for allegedly failing to report “suspicious orders” of controlled substances from its , warehouse. Yet another fine mess for “Iron Man” George Barrett to cleanup.

According to this article in The Columbus Dispatch, the Ohio State Board of Pharmacy is investigating Cardinal’s , warehouse for allegedly failing to report suspicious drug orders shipped to Caringwell Pharmacy. Per my most recent post, you will not be shocked to know that Caringwell sold more than 600,000 doses to Internet buyers in 49 states. The Ohio Board revoked the pharmacy's license last October.

Cardinal Health has requested a hearing before the pharmacy board, so I presume nothing will happen until then. Penalties could range from a fine (most likely, IMHO) to revocation of its wholesale license (improbable but possible).

Cardinal Health has been dealing with the fallout from controlled substance license suspensions in Washington, Florida, and New Jersey as well as limits on shipments to independent pharmacies from Stafford, Texas. Cardinal seems to have bungled the customer service aspects of these problems (as noted in Cardinal's Customer Problems Deepen). As far as I know, the suspensions are still in place at all four locations. The alleged incidents at Findlay occurred prior to (or at the same time as) the company's DEA issues.

Ironically, pharmaceutical supply chain geeks (ahem) will recall that was the site used for Cardinal’s first major RFID pilot back in 2006. AAUGH!