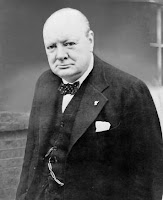 Pay attention to this debate because it signals the inevitable divergence of interests as we get closer to actually paying for a system to track finished drugs in the pharmaceutical supply chain. I’ve been predicting this split almost since Drug Channels launched in 2006, so here are some thoughts on what’s really behind the phamacists’ opposition – and how much it might cost you.

Pharmacists are complaining that H.R. 5839 would “mandate an unproven, disruptive and costly ‘electronic pedigree/track and trace’ requirement that would severely interfere with pharmacies’ ability to effectively provide vital prescription medicines and health care products and services.”

Sure, anyone who understands the pharmacy supply chain will agree that authentication creates costs for retail pharmacies. (See Do Pharmacists want Pedigree?). Kevin Nicholson, VP of Pharmacy Regulatory Affairs at NACDS, highlighted the operation and administrative burdens of pedigree for pharmacies in his May 1 testimony to the House Committee on Energy and Commerce.

But unless I’m missing something, these costs will be even higher for a pharmacy forced to work with the hodgepodge of potentially incompatible state-level track-and-trace systems sprouting up all over the country. Wouldn’t NACDS and FMI members such as Walgreen (), Caremark (), or Kroger (KR) benefit from national consistency instead of having to manage the expenses of multiple systems?

According to this Drug Topics article, “pharmacy groups are split over federal e-pedigree legislation.” NCPA reportedly supports the “intent” of H.R. 5839 while NACDS opposes any bill.

Why the split? You may recall from my summary of the bill that it contains grants for technology upgrades to “small pharmacies,” which is effectively defined to be “anyone except large member companies from NACDS or FMI.”

So, how much will it take to get the support of NACDS members? Mr. Nicholson started the bidding at $30,000 per pharmacy in his May 1 testimony (see page 7). That’s about $180 million each to Caremark () and Walgreen ().

True, such a figure may be a mere gratuity in the world of , but that’s still some serious moola. It's also a 50% increase from the $20,000 per pharmacy estimate that NACDS reportedly made in January to the California Board of Pharmacy (see p. 18). I guess gas is not the only thing getting more expensive this year.

We all know that the “business value” of track-and-trace for the manufacturer can only be fully realized when pharmacies authenticate at the point of dispensing. So, who wants to step up and fund pharmacy-level implementation and data transmission?

To paraphrase a quote often attributed to Winston Churchill: We have established what’s going on. Now we’re just haggling over the price.