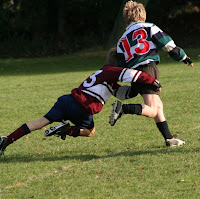 The Heparin contamination has pushed the security of ’s pharmaceutical supply chain to the forefront of the news. I’m not yet sure how politician’s newfound involvement in the topic will play out.

Yesterday, the House Committee on Energy and Commerce accused the FDA of failing to protect Americans from contaminated Heparin. Rep. John Dingell said: "Our citizens can no longer trust that their food, drugs or medical devices are safe when the FDA says they are." (See Lawmakers Fault FDA on Heparin.)

This Thursday, the House Committee will hold additional hearings on the Food and Drug Administration Globalization Act, a draft bill that proposes new fees and increases FDA resources directed to the safety of food, drugs, devices, and cosmetics. (The FDA Law Blog has a good summary.) Fans of Congressional hearings (hey, who isn’t?) can catch the play-by-play video webcast on this page.

Roger Bate of the American Enterprise Institute wrote a good editorial cautioning against the knee-jerk protectionist inclinations of many politicians in China's Drug Dilemma (from The Wall Street Journal Asia.) He argues that Chinese government officials are trying to solve the quality problems, but face an uphill climb:

“ is a vast country with 31 provinces and 333 districts. Harmonizing – not to mention enforcing – drug quality control across them is therefore difficult, especially since there are over 6,000 manufacturers of western drugs and more than 2,000 traditional Chinese drug makers.”

needs to harmonize its own internal standards for the pharmaceutical supply chain, too. I’ve been told that Thursday’s meeting will also include discussion of H.R. 5839 Safeguarding America’s Pharmaceuticals Act of 2008, the national standards bill that I endorsed last week. Let’s hope the committee spends time on this useful bill that can help limit counterfeit finished goods from infiltrating the legitimate pharmacy supply chain.