The AMP Saga Goes On and On and On 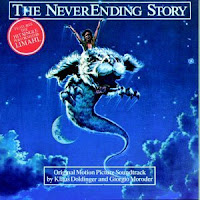 There are some new developments for Average Manufacturer Price (AMP), although the situation has now devolved into a somewhat arcane legal battle. Unless there is a legislative fix (unlikely), then I expect that will punt this issue to the next administration in 2009.

As a reminder, the Deficit Reduction Act of 2005 required the Center for Medicaid and Medicare Services (CMS) to set the Federal Upper Limit (FUL) on payment for generic drugs at AMP plus 250 percent. The FUL is currently computed using the Average Wholesale Price (AWP) list prices, although some states opt to establish reimbursement limits below FUL at maximum allowable cost (MAC).

The change to AMP was advocated in September 2005 by the Bipartisan Commission on Medicaid Reform and the National Governor’s Association. This change was made in part because pharmacies were earning extraordinary profits from dispensing generic drugs in the Medicaid program.

In 2002, filling a script for a generic less than 5 years old gave a pharmacy $32 in “spread” – the difference between Medicaid reimbursement and acquisition cost. Filling a branded script yielded a comparatively skimpy $14 spread. (Source: Medicaid’s Reimbursements to Pharmacies for Prescription Drugs, a December 2004 CBO report that always generates hate mail from my pharmacist readers.) Private insurers, in the form of Medicare Part D plans, have done a better job at equalizing the dollar margins for brands and generics. (See Pharmacy Profits & Part D.)

issued its Final Rule for implementing the AMP provisions of the DRA in July 2007. NACDS and NCPA, the two leading pharmacy trade associations, filed suit against CMS. To my surprise, they got an injunction that prevented CMS from adopting the AMP-based pharmacy reimbursement formula and publishing AMP data on the Internet. If you believe the over-heated rhetoric, then this legal delay saved up to 12,000 pharmacies from financial ruin.

More recently, NACDS and NCPA have opposed ’ subsequent clarification of “multiple source drugs” (a.k.a. generics) based on two technical legal objections. Yesterday, the two organizations were granted permission to file an amended complaint that challenges this new multiple source drug rule. The wheels of justice can grind slowly, so I don’t expect a resolution anytime soon.

Just in case, NACDS sent a letter to Congress that asks for joint passage of the AMP bills along with unrelated bills about e-prescribing in Medicare. I presume the unstated motivation is to link the purported savings from e-prescribing to the extra costs of the Medicaid AMP increase.

So, we are not very close to resolution, which is perhaps a small net benefit to pharmacies. I’ll occasionally check in on our old friend AMP but will primarily turn my attention to other topics until some big news breaks.
Adam J. Fein, Ph.D. on Friday, April 25, 2008