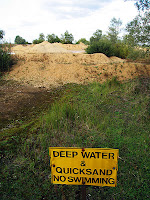 As I suspected, Cardinal Health’s (CAH) new role as supply chain enforcer is angering some of the customers who have been tagged as “diverters.”

“Community Drugstore, a specialty pharmacy focusing largely on pain management, said in a lawsuit filed in Delaware that Cardinal improperly stopped supply without any evidence that the store had engaged in wrongdoing. A federal judge in December ordered Cardinal to restore Community Drugstore as a customer.”

“In the other lawsuit, an Oklahoma federal judge in December ordered Cardinal to resume supplying controlled substances to Ken's Discount Pharmacy, a longtime Norman, Okla., pharmacy that had said it would go out of business in days without some action. The court said it appeared that Cardinal had stopped supplying the pharmacy and had placed the drugstore on an 'exclusion' list as an arbitrary reaction to compliance issues between Cardinal and the DEA. The plaintiff said the pharmacy, located across the street from a major medical facility, had suffered a hydrocodone shortfall after Cardinal limited its supply.”

You can read Cardinal’s PR spin in the article, but these stories echo the experience of Evergreen Professional Center Pharmacy that I describe in One Pharmacist’s View of Cardinal’s DEA Issues. I also want to give a shout out to regular reader PBMGuru, who was the first to predict legal action in a comment on Cardinal Sins (Again) from last November.

BTW, Dinah Brin of Dow Jones is the only national reporter who has been following Cardinal’s deepening problems with the DEA. Dinah is apparently a fan of my humble ol’ Drug Channels blog because she included a quote from yesterday’s post in her story. Thanks, Dinah!
Adam J. Fein, Ph.D. on Wednesday, February 27, 2008