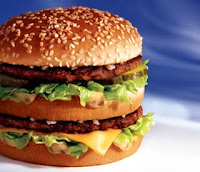 As regular readers know, I have boldly (foolishly?) predicted that "list price" pharmacy reimbursement models such as Wholesale Acquisition Cost (WAC) are unlikely to replace the long-maligned Average Wholesale Price (AWP) list price benchmark. Many people, including yours truly and the CFO of Medco Health Solutions (MHS), expected Average Manufacturer Price (AMP) to emerge as a new retail reimbursement benchmark rather than WAC.

While I may still be proven correct, events over the past few months have changed the near-term dynamic. The publication of AMP is on hold for now, while AWP may be getting a reprieve. And last week, the Department of Defense gave a big boost to WAC as a pricing benchmark for pharmacy reimbursement, breathing new life into this alternative list price.

AWP: NOT DEAD YET

Before turning to the latest WAC news, let's catch up on the fate of AWP.

As you may recall, Judge Patti B. Saris issued an order granting preliminary approval to the First Databank (FDB) settlement last June. There are two important elements of the settlement with regard to the publication of AWP:

However, final approval of the settlement was subject to a fairness hearing. As I mentioned last month in Pharmacy Profits & PBM Contracts, a number of pharmacy associations objected to the proposed class settlement, including the Pharmaceutical Care Management Association (PCMA), the National Community Pharmacists Association (NCPA), the National Association of Chain Drug Stores (NACDS) and the Food Marketing Institute (FMI).

Guess what? Judge Saris rejected the settlement on January 22 and requested that the parties come back with a new settlement plan. Apparently, Judge Saris is also reluctant to force First Databank or Medi-Span to stop publishing AWP.

Another legal victory for retail pharmacy – you can see NACDS dance in the end-zone in this press release about the proposed settlement.

Wholesale Acquisition Cost (WAC) has been touted as a replacement for AWP. WAC is the manufacturer's list price to drug to wholesalers or direct purchasers, excluding prompt pay or other discounts. (See Section 1847A(c)(6) of the Social Security Act.)

Nine states currently incorporate WAC into ingredient cost reimbursement formulas for retail Medicaid prescriptions. In addition, NACDS proposed WAC-based reimbursement for brand drugs in June 2005 Congressional testimony, a position that they reiterated in a February 2007 comments about AMP to CMS.

Even if the original settlement had gone through, WAC would still have been available, as indicated on FDB’s web site: “First DataBank will continue to publish all other available drug pricing information, including WAC, Direct Price, and suggested wholesale price, as well as our clinical drug information.”

On Tuesday, the Department of Defense issued a consolidated (TMOP & TRRx) Request for Proposal (RFP) for TPharm. You can savor the RFP for yourself by visiting the homepage for Solicitation No. H94002-07-R-0004. (Hey, my lucky number!)

I am quite intrigued to see that WAC is the pricing benchmark.

While the DoD validates WAC for now, I still expect computed (non-list) benchmarks to become the norm for retail pharmacy. In the meantime, I will take my own advice about forecasting: Give an event or a date, but never both.

P.S. Check out the new Health Wonk Review, a collection of blog posts about health care and the pharma industry. My recent post about Wal-Mart is included.
Adam J. Fein, Ph.D. on Monday, February 11, 2008