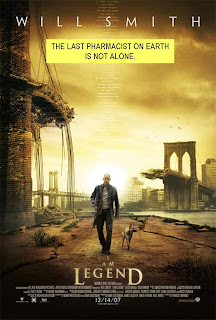 An expert report filed last month in the FirstDataBank Average Wholesale Price (AWP) settlement case sheds light on the usually hidden economics of retail pharmacies. However, the data also provide a fresh perspective on the rhetoric regarding reimbursement levels to independent pharmacies.

A Treasure Trove of Contracts

The Pharmaceutical Care Management Association (PCMA) and the National Community Pharmacists Association (NCPA) are formally objecting to the proposed class settlement with First DataBank. (See Pharmacies Fight First DataBank Settlement at Pharmalot.) Neither PCMA nor NCPA are parties to the case. Fans of legal documents can read the formal NCPA objection to the Settlement Agreement and Release.

The really interesting data comes from the Declaration of H. Edward Heckman concerning FirstData Bank. Mr. Heckman was hired by NCPA to examine the economic impact of the settlement on independent pharmacies.

As the owner of PAAS National, Mr. Heckman had access to 410 third-party payer contracts offered to independent pharmacies from 1998 through 2005. The complete list of contracts and key financial terms (brand and generic) are listed in Exhibit D of his report. The list includes the Pharmacy Benefit Manager (PBM) contract sponsor – Caremark (CVS), Express Scripts (ESRX), Medco Health Solutions (MHS), et al. Normally, these detailed contract data are not publicly available.

Based on these contracts, third-party payers increased the discount off AWP that was offered to pharmacies as reimbursement for the “ingredient cost” of filling a prescription. The Average AWP Brand Discount went from -11.54% in 1998 to -15.62% in 2005 – a drop of 408 basis points. (See Table 3 in Mr. Heckman’s report.) This decline is consistent with the rhetoric about decreasing PBM reimbursements offered to pharmacies.

Yet I can’t help but notice that the average AWP of a brand prescription increased by almost 150% over the same time period (Table 2). As a result, the Average Brand Reimbursement (excluding dispensing fee) to an independent pharmacy rose dramatically from $48.50 in 1998 to $111.69 in 2005.

Put another way, the data in Mr. Heckman’s report imply that a smaller percentage of a bigger number was worth much more to a pharmacy than a bigger percentage of a smaller number. For comparison, $48.50 in 1998 had the same buying power as $58.11 in 2005 according to the Bureau of Labor Statistics Inflation Calculator.

Perhaps I have misinterpreted the data, so please feel free to explain if my calculations are incorrect. Note that I am not claiming a financial windfall for independents from brand drugs. As I've noted in the past, profits on generic drugs subsidize the retail and wholesale distribution of more expensive branded products. (See the comments below.)

If my math is right, then the combination of the First DataBank settlement and AMP-based FULs will wipe out every independent pharmacy in the U.S. – except perhaps the one run by Will Smith. (Legend Pharmacy?)