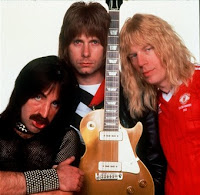 In my opinion, a postponement of California’s e-pedigree requirements to 2011 is now inevitable since the Board of Pharmacy has recently received sufficient evidence to justify a delay.

The California Board of Pharmacy’s Enforcement Committee meets on Wednesday. While e-pedigree is not on the official agenda, the Board has recently received a wave of requests for delaying implementation until 2011. However, I suspect that the Board will postpone their decision until later in 2008 so as to keep the pressure on the industry.

Under California law, the Board has the ability to delay implementation of e-pedigree requirements until 2011 if the board determines that “manufacturers or wholesalers require additional time to implement electronic technology to track the distribution of drugs within the state.” According to the December 5 Report of the Work Group on E-pedigree, a decision to delay must be “based on facts, not statements, and the data must demonstrate that a delay would be in the public interest.”

As a result, an Implementation Submission Statement Template was developed to collect information about e-pedigree progress. And guess what? The Board received 42 responses regarding the industry’s readiness to implement e-pedigree by January 1, 2009.

Here’s a brief rundown of the 35 responses in these files:

The remaining two letters were from suppliers:

The 35 submissions provide specific facts and data about implementation activities and the intentions of individual companies.

How much more clear could this be? The answer is none. None more clear.

In my opinion, the Board now has sufficient evidence to justify a delay. There are also many sound reasons why enforcing the arbitrary 2009 deadline would be harmful to patient safety. Taken together, the responses cited explain these reasons very thoroughly.

As a negotiating tactic, the Board may choose to keep everyone guessing until late 2008, although posturing for an unrealistic deadline doesn’t sound to me like a very sensible way to ensure patient safety. (I also like the risk-based approach that I discuss in California Dreamin'.)

So, is this the end of the “delay to 2011” discussion? Probably not, so it’s worthwhile to remember the words of supply chain security guru David St. Hubbins, who said:

“Well, I don't really think that the end can be assessed as of itself as being the end because what does the end feel like? It's like saying when you try to extrapolate the end of the universe, you say, if the universe is indeed infinite, then how - what does that mean? How far is all the way, and then if it stops, what's stopping it, and what's behind what's stopping it? So, what's the end, you know, is my question to you.”