I wonder if branded drug makers are having second thought about the Medicare Part D benefit.

However, the much-maligned “donut hole” also appears to be encouraging greater generic substitution. Check out a new OIG report called Generic Drug Utilization In The Medicare Part D Program., which examines 341 million prescriptions paid by Part D in the first half of 2006. During the first six months of the Part D program:

Hey, whadda ya know? People respond to incentives. Under Part D, seniors have strong incentives to keep their total drug costs below the lower end of the donut hole ($2,250). As a result, more seniors are trying to get the biggest bang for their buck by accepting generic substitution as well as shopping around at pharmacies.

This unexpected dynamic could slow momentum for dramatic changes to the Part D program. Democrats perpetually chatter about using “direct price negotiations” with manufacturers to fund the elimination of the donut hole. Although the structure of the Part D benefit makes such negotiations virtually impossible to implement, brand manufacturers will likely feel much more pricing pressure from Part D plans.

The next few years will see an enormous wave of new generics. In 2006, Part D cost the Federal Government $47 billion in 2006, which is $13 billion less than the original estimate of $59 billion. Generic drug substitutions were a prime contributor to the 2006 reduction and lowered future cost estimates. Look for further reductions in the estimated cost of Part D, especially if Average Manufacturer Price (AMP) gets linked to Part D.

Ironically, I learned over Thanksgiving that my own grandmother was one of the few seniors who hit the donut hole. Why? Grandma told me that “she doesn’t believe in generics” because “they are just not as potent.” (I'm not making this up!) She insists on paying for brands even though her own pharmacist said that she is wasting her money.

Don’t worry – I thanked her on behalf of all branded manufacturers. 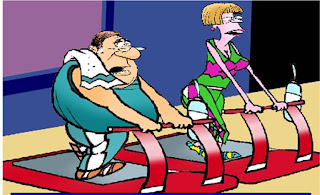 Click here to see a very funny animation aimed at readers who are (or will soon be) eligible for Part D!
Adam J. Fein, Ph.D. on Monday, December 03, 2007