This week, I’m rerunning some popular posts while I prepare for this Friday’s live video webinar: Drug Channels Outlook 2022. 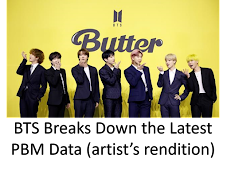 This year, we review 2020 data on commercial plan sponsor clients of CVS Health and Express Scripts along with two smaller PBMs—Navitus and WellDyne. As you will see below, plan sponsors experienced another year of single-digit growth in overall pharmacy benefit drug spending.

I’m sad to report that this year’s analysis is skimpier than usual. CVS Health has published only a bare bones summary, while Prime Therapeutics, MedImpact, and other large PBMs have stopped publishing trend reports. I document this disappointing state of affairs below.

Read on as I spread all the the k-poppin' details.

As always, I encourage you to review the source materials for yourself. Here are links to the PBMs’ 2020 drug trend reports: A few comments on these data: For a more comprehensive look at drug spending in the U.S. healthcare system, see Chapter Four of our 2021 Economic Report on U.S. Pharmacies and Pharmacy Benefit Managers.

The chart below summarizes the reported 2020 commercial drug trend figures from the four PBMs. As I explain below, CVS declined to provide certain details for 2020. 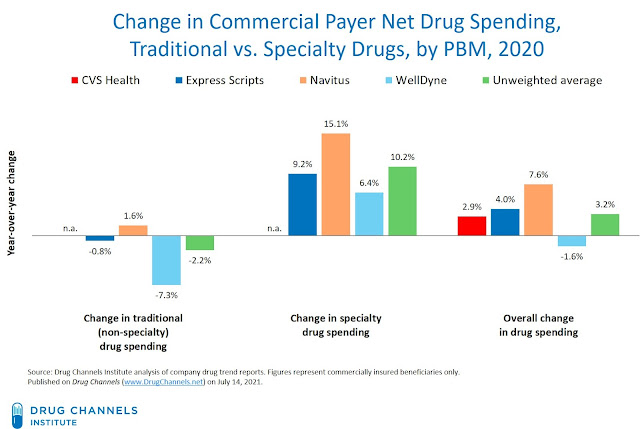 As you can see, drug spending continues to grow more slowly than every other part of the U.S. healthcare system. Spending growth at CVS and Express Scripts was somewhat higher in 2020 compared to the 2019 figures, due primarily to faster utilization growth.

These results continue the 2019 trends that I document in PBMs and Drug Spending in 2019: CVS Health and Express Scripts Outperform Prime Therapeutics and Latest CMS Data Reveal the Truth About U.S. Drug Spending.

Treat the unweighted average with caution, because Navitus and WellDyne are much smaller than other PBMs. 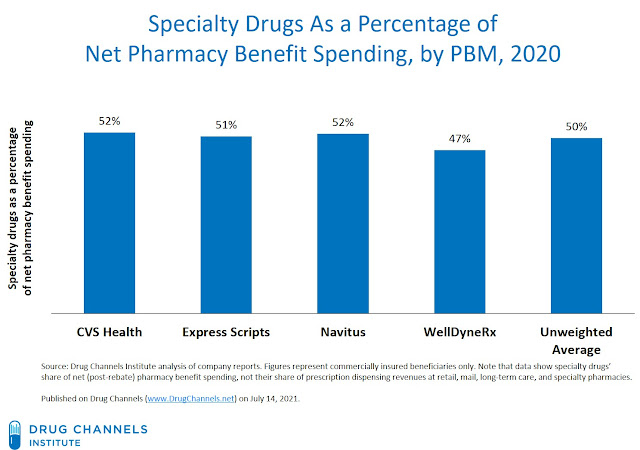 The chart below deconstructs changes in spending on specialty drugs for the three PBMs that provided sufficient data. (CVS also declined to provide these data for 2020.) 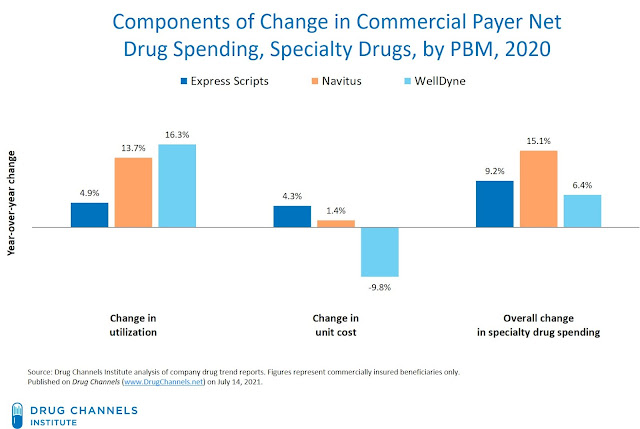 For 2020, WellDyne’s clients experienced a notably butter -9.8% decline in specialty drug costs. That means more than 100% of drug spending growth resulted from growth in the number of people being treated and the number of prescriptions being dispensed. The company pointed to multiple factors behind this surprising result, including:
CAUSE TALK IS CHEAP

Let's churn through the state of trend reports from the other PBMs:
Hopefully, I've accurately captured each company's rationale. BTS's hit song suggests there's only a small margarine for error.
BROUGHT TO YOU BY BTS
Here's an exclusive clip of BTS extolling the virtue of data analysis. Click here if you can't see the video. If you are unfamiliar with BTS and its ARMY, just ask the nearest tween.
Adam J. Fein, Ph.D. on Tuesday, December 14, 2021