Happy 245th birthday, America! As you declare your vaccinated independence, celebrate with these Drug Channels fireworks: Plus, tips on effective hospital marketing.

P.S. Please join the nearly 12,000 consumers of my daily commentary and links to neat stuff at @DrugChannels on Twitter. You can also find me on LinkedIn, where I am approaching 19,000 followers.

Amazon Pharmacy is selling 12 common generic medications for $6 per 6-month supply. From what I can tell, these prescriptions are cheaper than insurance copayments and GoodRx PBM network rates—and, of course, far below most pharmacies’ bogus Usual & Customary (U&C) retail list prices.

I consider this announcement an expected surprise. I have long argued that Amazon could be a true disrupter by selling low-cost generics at cost-plus pricing. For my analysis of Amazon’s other pharmacy activity, see Disruption Delayed: Making Sense of Amazon’s Latest Pharmacy Moves.

For now, the $6 experiment remains highly limited. This allows Amazon to test the appeal of (very) extended, cash-pay prescriptions without spoiling its small, PBM-reimbursed pharmacy business. Still, could the company finally be acknowledging its destiny?

Darrel Rowland wrote this excellent article on copay accumulators. He does a superb job of balancing the drug channel nuances with the real-world experiences of patients affected by accumulators. Most of the drugs subject to accumulators are single-source therapies with no equivalent generic version or therapeutic alternative. Consequently, patients taking specialty drugs lose big from accumulators, while plans profit from the subsequent lower spending.

From my perspective, it's simply wrong for PBMs and insurers to absorb patient assistance funds and double-dip on deductibles for drugs without effective alternatives.

For industry and benefit design context on accumulators and maximizers, see Section 6.2.2. of our 2021 Economic Report on U.S. Pharmacies and Pharmacy Benefit Managers.

Pharmacy Economist Describes Fork in the Road for Generics and Biosimilars, AJMC: The Center for Biosimilars

This article outlines some highlights from my recent keynote at the Association for Accessible Medicines’ recent Access! 2021 annual meeting.

My presentation, “Evolution and Disruption in Generic and Biosimilar Drug Channels,” reviewed generic and biosimilar drug market trends, including: Thanks to Tony Hagen for the writeup!

Access to the 340B Drug Pricing Program: is there evidence of strategic hospital behavior?, BMC Research Notes

This fascinating study finds evidence that hospitals could be gaming their 340B Drug pricing Program eligibility as they approach the 11.75% disproportionate share hospital (DSH) threshold.

Check out the key chart below. Note the clustering just to right of the eligibility threshold. 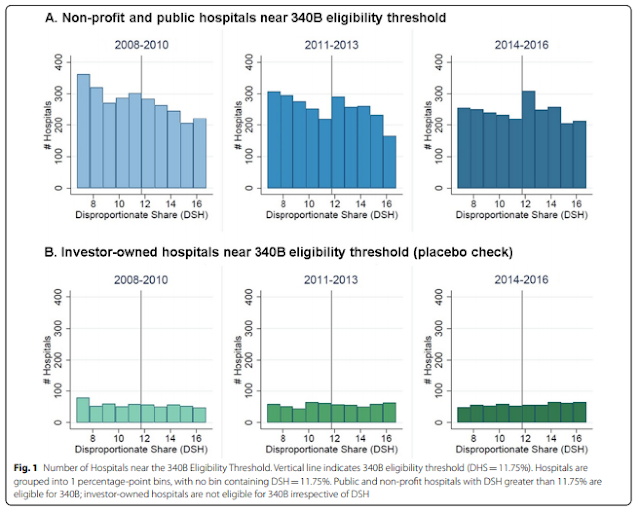 The effect appears to have been stronger after the 2010 expansion of contract pharmacies. What a shock!

ICYMI, here are my two most recent articles on the 340B program’s growth:
Effective Billboard Has Driver Suddenly Craving Visit To The Hospital, The Onion 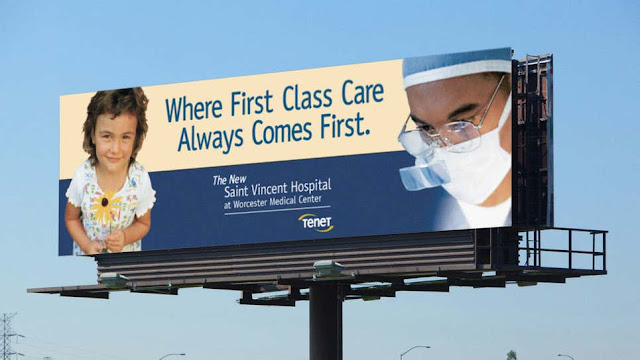