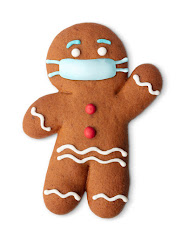 Well, we are almost finished with 2020. Help us bid it good riddance with our final news roundup of the year:
Plus, the first batch of humor about Pfizer’s COVID-19 vaccine.

P.S. Join the nearly 10,800 followers of my curated links published on @DrugChannels on Twitter. You can also join my nearly 14,000 followers on LinkedIn.


Eric Percher at Nephron Research has made a profound contribution to our understanding of the hidden profit pools within the 340B Drug Pricing Program. In a recent research report, Eric and his team estimated the billions in gross profits earned by the 340B program’s largest contract pharmacy participants. The startling results are shown below.

If you’re wondering how the profits can be this large, see How Hospitals and PBMs Profit—and Patients Lose—From 340B Contract Pharmacies.

As Eric correctly notes, these companies probably don’t keep all of these profits. Instead, they share the profits with commercial health plans by accepting lower network reimbursement rates. For instance, PBM-owned specialty pharmacies typically reduce their prices to a health plan in order to become the exclusive pharmacy in a plan’s network. Eric’s analysis suggests that PBMs have been using 340B to subsidize these rates.

“340B earnings exposure could run closer to the profit pool levels we identified above than to the much lower levels of profits that we believe are being recognized as earnings after the pool has been drained to fund payor contracts.”

The money from the 340B program has become entangled with the drug channel's economics. Unwinding this mess will be painful for many for-profit, publicly traded companies.


Check out blogger Nikhil Krishnan’s interview with John Capecelatro, one of the first 12 employees at PillPack. He offers thoughtful observations on the realities of pharmacy economics, PillPack’s licensing challenges, the role of pharmacy benefit managers (PBMs), and more.


I recently highlighted how patient groups and provider organizations have started lobbying against accumulators and maximizers. See the last section of Copay Accumulator and Maximizer Update: Adoption Accelerating As Pushback Grows.

“RESOLVED, That our American Medical Association with all haste directly engage and advocate for the adoption of proposed state legislation or regulation that would ban copay accumulator policies in state regulated health care plans, including Medicaid (Directive to Take Action); and be it further RESOLVED,

That our AMA with all haste directly engage and advocate for the adoption of proposed federal legislation or regulation that would ban copay accumulator policies in federally regulated ERISA plans. (Directive to Take Action).”

Hmm. I wonder if the AMA will spur federal legislative action on these unfair and discriminatory policies.
Maine’s Medicaid Program Analysis Shows The Truth: Importing Medicine From Canada Would Cost More, Not Less., Partnership for Safe Medicines

Guess what? Importation from Canada would cost—not save—money for Maine’s Medicaid program. DOH!

A Centers for Medicaid & Medicare Services (CMS) notice confirmed that any drugs imported under the Trump Administration’s recent final rule will not qualify for Medicaid rebates and 340b discounts. Consequently, importation saves nothing—or costs more—compared with Medicaid and 340B net prices.

Some importation cheerleaders want to ignore economic reality. Consider the National Academy for State Health Policy, which for no good reason has blocked me on Twitter. Huh?
Pfizer Announces First Batch Of Coronavirus Vaccine Will Be Collector’s Edition Limited To 2,000 Doses, The Onion