The Road to 2020: Understanding the Regulatory Timeline for Part D Rebate Reform 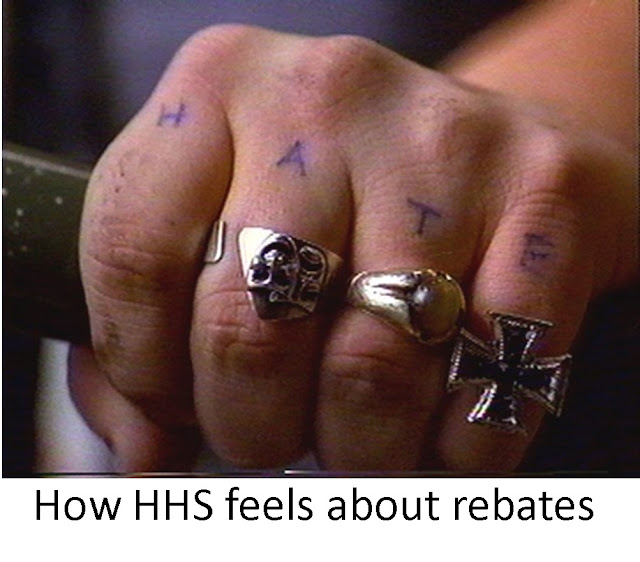 The Department of Health & Human Services (HHS) keeps signaling that it wants to move us toward a world without rebates. Right now, it is evaluating comments on its proposal to remove rebates from federal programs. HHS wants to implement this rule in time for the January 1 start of the 2020 Medicare Part D plan year.

I would like, if I may, to take you on a journey through the 2019 regulatory timeline for both Part D and the proposed rule. As you will see, there is still a viable—but narrow—window for regulatory reform of rebates.

Despite our assessment, you should know that in the Medicare program, there are many implementation and logistical challenges in shifting rapidly toward a world without rebates. I outlined some of these issues in last Friday’s webinar: Preparing for a World Without Rebates. Don’t worry if you missed the live event. You can watch a replay and download the complete slide deck. CLICK HERE TO WATCH THE REPLAY.

In the meantime, read on for our look at the rest of 2019. I can see you shiver with antici...pation.

LET’S DO THE TIMELINE WARP

The Office of the Inspector General (OIG) of the Department of Health & Human Services (HHS) has proposed a rule that would dramatically alter the rebate system in federal programs. If the rule is finalized, rebates on prescription drugs paid by manufacturers to PBMs, Part D plans, and Medicaid managed care organizations will no longer receive safe harbor protection under the Anti-Kickback Statute (AKS).

The chart below summarizes the regulatory timeline leading up to the 2020 plan year for the Medicare Part D program. I presented this slide during our webinar. 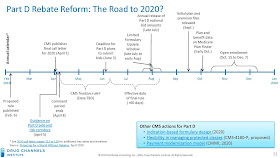 The items above the timeline highlight selected dates from the official annual calendar for the Medicare Part D 2020 plan year. Many of these dates are established in statute and can’t be modified.
MADNESS TAKES ITS TOLL

The items below the chart’s timeline show selected dates that relate to the prospects for reform of rebates in the Medicare Part D program.
BUT LISTEN CLOSELY

We don’t know when the rule will be finalized. Even so, the timeline above shows little room for delay or error. The calendar will also dictate how the rule gets implemented—especially which organizations plays the crucial role of administering chargeback discounts to pharmacies.

However, HHS agency officials continue to indicate a strong intent to proceed. Consider these unambiguous statements from HHS Secretary Alex Azar in a speech last week:


“For too long, our prescription drug pricing system has operated in the shadows, serving entrenched interests: drug companies who set these prices so high, and the pharmacy benefit managers who receive tens of billions of dollars in rebates without patients, or the employers who pay a big chunk of the bill, ever knowing where the money goes…So anyone who stands for rebates stands for ever-higher list prices, and stands against transparency and lower patient out-of-pocket costs at the pharmacy. It’s that simple.”

I encourage you to read the entire text of Secretary Azar’s speech.

The next few months will determine the future the U.S. drug channel. With just a jump to the left, and then a step to the right, we’ll be entering a world without rebates.