This week, I’m rerunning some popular posts before the holidays. Click here to see the original post and comments from July 2018.

The challenges facing wholesalers have intensified since this article was originally published, in July. Brand-name drug inflation will likely reach historical lows in 2019, and the prospects for a gross-to-net bubble reset are greater than ever. Have executives at the Big Three companies fully grasped the changes coming to the drug wholesaling business model?

For more on the industry, see our 2018–19 Economic Report on Pharmaceutical Wholesalers and Specialty Distributors. 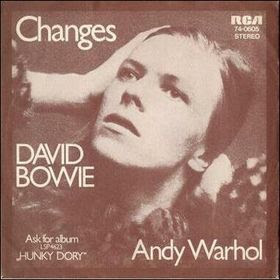 But what happens to their business model if list prices don’t rise—or even if they decrease?

This question is no longer theoretical. Many drug makers—Pfizer, Roche, Novartis, Novo Nordisk, Sanofi, and others—have announced an intention not to raise list prices for 2018 or have rescinded planned increases. Merck has gone further and become the first major manufacturer to reduce the list price of a brand-name, patent protected product, albeit for a product with minimal sales. And for the first time, there is a serious attempt to pop the gross-to-net bubble and build a system without rebates.

Below, I analyze what this could mean for the Big Three drug wholesalers—AmerisourceBergen, Cardinal Health, and McKesson. I explain some of the problems that arise when wholesalers are compensated based on a brand-name drug’s list price. I then suggest an alternative approach that would reshape wholesalers’ economics. It appears that even the wholesalers’ trade association supports some sort of new model.

Given what’s happening, it’s clearly time for some ch-ch-ch-ch-changes.

EVERY TIME I THOUGHT I'D GOT IT MADE


“Everyone in the system, from drug manufacturers to pharmacy benefit managers and wholesalers, makes their money as a share of list prices, so they have little incentive to force them down.”

Here are some examples that highlight oddities of wholesaler compensation:
Yes, I know that these examples focus on a wholesaler’s income statement—and that they therefore don’t tell the full story.

That's because wholesalers also play a crucial role in the financial transactions within the drug distribution system. They purchase and take title (legal ownership) to a manufacturer’s product and absorb credit risk when reselling a manufacturer’s products. As a result of this channel role, the two biggest components of wholesalers’ current assets are (1) the product inventories purchased from manufacturers and owned by the wholesaler, and (2) the accounts receivables that customers owe to wholesalers. See Section 5.2 of our 2017–18 Economic Report on Pharmaceutical Wholesalers and Specialty Distributors.

IT SEEMED THE TASTE WAS NOT SO SWEET

Wholesalers add value to the U.S. drug distribution system and can’t be easily or cheaply replaced or bypassed. That said, their compensation model has not kept pace with the exploding gross-to-net bubble and changes in benefit design that favor coinsurance tied to list price.

Some have suggested that this is just a math problem. Consider the first example above. The manufacturer and the wholesaler could agree on a fee that is 20% of the net price, rather than a fee equal to 5% of the list price. It would thereby generate the same dollar value payment from the manufacturer.


“Having said that, if there's a change on the list price down to a lesser list price, that would affect the economics for our company…and we believe we would rapidly go back to the manufacturers and say, we've been collaterally damaged as a result of your decision, and we'd like to get the dollars back which means you'll have to change your rate to reflect the price change which you've made on your product side.

It would be another discussion with manufacturers, but it frankly would be I think a simpler discussion than the one we had when we went from a buy-and-hold world where we were speculating on inventory, because this is – that'd be quickly identifiable. It's not something that would be – well, if you don't know how much money you made in the speculation world – we made x number of dollars, when you had your price at $100, and we need to make the same x number of dollars, and your price becomes $70.” (emphasis added)

This statement is consistent with Hammergren's views from October 2016. See What McKesson’s Profit Warning Means for Manufacturers and Pharmacies and my comments on why wholesalers want brand-name drug prices to go up and the negative impact of slowing inflation.

However, I doubt that brand-name manufacturers would automatically agree to such a compensation model. Many are already frustrated by the overpayments implied by the examples above and would dispute the view that the wholesalers have been—to use Hammergren’s term—collaterally damaged by a price cut.

TIME MAY CHANGE ME

Some readers may be chronologically gifted and can recall the 2003 to 2006 transition from investment buying to inventory management agreements and fee-based compensation. There’s a brief history in Drive the Right Pharmaceutical Supply Chain Behaviors, my Harvard Business Review Supply Chain Strategy article published in 2005.

John Gray of the Healthcare Distribution Alliance, which lobbies for the wholesale industry, included this intriguing paragraph in his written response to the HHS Blueprint to Lower Drug Prices and Reduce Out-of-Pocket Costs:


“While the current fee-for-service model has reduced volatility in the supply chain, the system may need to adapt to changing market dynamics. Any compensation systems, including Inventory Management Agreements (IMAs) that fluctuate with manufacture pricing are unlikely to be well-aligned with a long-term goal of reducing drug prices. A new compensation model might be more compatible with ensuring that the current high standard of safety and efficiency of the U.S. pharmaceutical supply chain is maintained regardless of trends in drug pricing.”(emphasis added)

HDA is a trade association and can’t speculate on the nature of any new compensation model. To me, it sounds like Gray is suggesting that wholesalers would be amenable to compensation that is not linked to the drug’s list price.

TURN AND FACE THE STRANGE

As I see it:
A less attractive but still worthwhile alternative would be to base their compensation on a drug’s net, post-rebate drug price.

Such a transformation would remake the drug wholesaling business. If this change is taken to its logical extreme, wholesalers would find themselves operating more like risk-bearing logistics companies than like typical wholesale distribution companies. Their balance sheets would be lighter and their profits would be more constrained and predictable. Their revenues would be much lower, but profit as a percentage of revenue could be higher. Essentially, they would evolve into stable, consistently profitable utilities for the U.S. drug distribution system.

Many trends are converging that should encourage wholesalers to shake up their business model. As I note in McKesson’s Choppy Cs: Consolidating Customers and Challenging Contracts, pharmaceutical wholesalers are no longer growth companies. They are struggling with ever-larger customers, ongoing generic deflation, and the downsides of specialty pharmacy. The slowdown in list prices and the ongoing scrutiny of drug channel intermediaries just increase the pressure.

Will wholesalers try to change their world, or remain immune to these consultations?