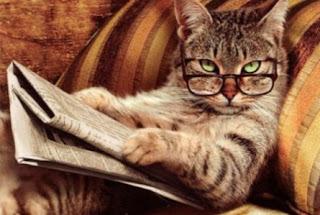 Hope you enjoyed the Thanksgiving holiday! I remain ever-thankful for your support and readership.

Now that you’ve stretched your stomach, stretch your mind with some food for thought. In this issue:
Plus, please consider making a donation to the Dan Best Memorial Fund. Details below.

P.S. For daily updates on stuff that I am reading, join the more than 6,500 people who follow @DrugChannels on Twitter.

P.S.2 Today, I’m at the Forbes Healthcare Summit in New York. I’ll be participating in a panel discussion about drug pricing with Steve Miller from Express Scripts. Please say hello if you’re attending!


As we all know, Amazon entered the pharmacy business when it acquired PillPack, a small mail pharmacy with estimated 2017 revenues of about $100 million. PillPack has five mail pharmacy locations and is already licensed to ship prescriptions to 49 states.

The Health Data Management article cites a Jefferies report on Amazon’s attempts to gain additional state licensing for Indiana, New Mexico, and Washington. It’s not clear if these licenses will allow PillPack to operate retail locations or will cover additional mail pharmacy locations.

Expect to hear a lot more about Amazon's push into dispensing in 2019.

Most importantly, BCBSA’s figures exclude rebates from the computation of prescription drug costs, thereby counting drug spending at list prices. The data on changes in spending are therefore complete garbage. You may recall that a recent report by America’s Health Insurance Plans (AHIP) also omitted rebates, as I discussed in my June news roundup.

Compare the BCBSA figures with results from Prime Therapeutics, the PBM that services 22 Blue Cross Blue Shield plans. After accounting for rebates, Prime found that drug spending declined by 0.2% in 2017. Prime also found that 80% of the increase in specialty drug spending came from growth in the number of people being treated and prescriptions being dispensed. Only 20% of the increase came from higher net drug costs.

The irresponsible BCBSA report detracts from any serious discussion of healthcare costs. Perhaps that’s intentional, because insurers prefer that we don’t examine the warped reverse insurance economics behind their business. Namely, health plans are using rebates to lower premiums for healthy people—rather than sharing the savings with beneficiaries whose prescriptions generated the rebate dollars. See New Disclosures Show CVS and Express Scripts Can Survive in a World Without Rebates. Are Plan Sponsors Now the Real Barrier to Disruption?

Another thought: Perhaps George Costanza does PR for BCBSA?


Last month, the Centers for Medicare & Medicaid Services (CMS) proposed a rule that would compel manufacturers to include a drug’s Wholesale Acquisition Cost (WAC) list price in direct-to-consumer ads. This New England Journal of Medicine article provides a thoughtful overview of the problematic legal and patient issues surrounding the proposal.


This useful article highlights the complex tradeoffs that seniors face when choosing their Medicare Part D prescription drug plan (PDP). It’s a valuable perspective on the sometimes large variations in out-of-pocket costs for the same medications.


Dan Best, Senior Advisor to the Secretary for Drug Pricing Reform at the US Department of Health & Human Services, passed away last month. Dan’s tragic death was a shock to those of us who knew him. Please read this statement from his wife, Lisa. As we enter the season of giving, please consider helping his family get through a difficult time. 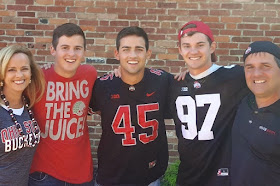