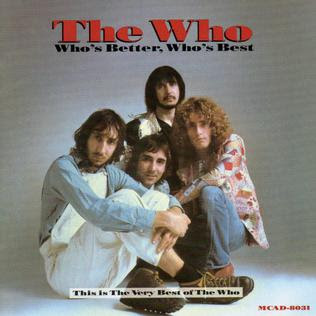 Here are links to the four PBMs’ 2017 drug trend reports. As always, I encourage you to review the source materials for yourself.
The larger PBMs that are owned by health insurers—Aetna, Humana, and OptumRx (UnitedHealth)—don’t publish drug trend reports. As far as I know, none of the smaller PBMs releases any information on management of drug trend.

In this one page advertisement, OptumRx revealed only its overall drug trend for the first nine months of 2017. An OptumRx spokesperson denied Drug Channels’ request for further information or clarification. We therefore had to exclude data from the third-largest PBM, making me not a happy jack.

THE TRENDS ARE ALRIGHT 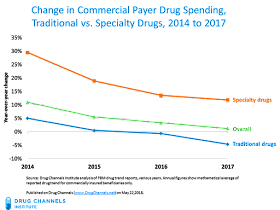 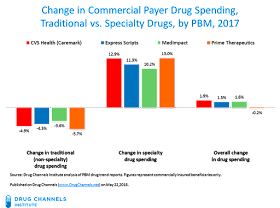 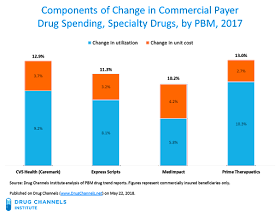 The data clearly show that nearly two-thirds of specialty drug spending growth can be attributed to the growth in the number of people being treated and the number of prescriptions being dispensed. For Caremark’s commercial clients, the 9.2% utilization increase accounted for more than 70% of the 12.9% increase in specialty drugs’ spending. Utilization growth can be considered a positive trend, because it is well established that pharmaceutical spending reduces medical spending and improves patients’ health.

These data also provide another unpleasant implication behind the growing adoption of copay accumulators—which, I believe, will decrease utilization of specialty drugs. See problem 2 described in in Copay Accumulators: Costly Consequences of a New Cost-Shifting Pharmacy Benefit.

Clearly, drug spending is not spinning out of control. Pharmacy benefit costs are growing much more slowly than is growth in other part of the U.S. healthcare system, such as hospital spending and physician salaries.

Most of us are benefiting from these trends. That’s because the vast majority of people pay little out-of-pocket for their prescriptions. (Many generic prescriptions now say: “I’m free!”) Check out the Express Scripts data that I shared in Exclusive Express Scripts Data: Most People Have Very Low Out-Of-Pocket Prescription Costs. The CVS Health figures on page 12 of its report tell a similar story. Almost 97% of Caremark beneficiaries spent less than $1,000 out-of-pocket in 2017.

However, we shouldn’t celebrate just yet. People in high-deductible plans or taking specialty drugs are paying more for their prescriptions, courtesy of the gross-to-net bubble. The warped incentives that allow payers to capture savings at the expense of the sickest patients is behind the Trump administration’s controversial drug pricing plan.

Our country’s collective challenge will be to harness the positive aspects of the PBM model while altering the economics of the drug channel. Let’s hope we don’t get fooled again.

P.S. Today’s post is brought to you by The Who!

CORRECTION: Prime Therapeutics published separate trend reports for commercial, Medicare, and Medicaid. We incorrectly stated that it only published a commercial report. We apologize for the error.