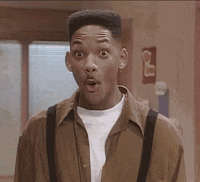 Last Thursday, the Centers for Medicare & Medicaid Services (CMS) shocked everyone with a proposal altering a small part of the 340B Drug Pricing Program. CMS proposed reducing reimbursement for certain Medicare Part B drugs purchased by 340B-eligible hospitals: from Average Sales Price (ASP) plus 6% to ASP minus 22.5%. Hospitals will also have to identify 340B claims with a new modifier.

Below, I highlight the most important 13 pages of CMS’s 664-page proposal. I also offer some observations and commentary on the proposal.

For context, I also include the new background memo for today’s House Energy and Commerce Committee hearing: Examining HRSA’s Oversight of the 340B Drug Pricing Program. The memo highlights the many negative findings from government watchdog agencies.

Like it or not, change may finally be coming to the out-of-control 340B program. Let’s hope Congress can get the program refocused on genuine safety-net providers and financially needy patients.


I strongly recommend that you spend a few minutes reviewing “Alternative Payment Methodology for Drugs Purchased under the 340B Drug Discount Program,” a 14-page section of the proposed rule. (The section starts on page 298, and the link should take you directly to the page.) CMS’s estimation of the proposed changes’ effect appears on page 615.

CMS explains its rationale for reducing reimbursement to hospitals. It references key studies from the Office of Inspector General (OIG), the Government Accountability Office (GAO), and the Medicare Payment Advisory Commission (MedPAC). I’ve reviewed some of these studies on Drug Channels, including New OIG Report Shows Hospitals’ Huge 340B Profits from Medicare-Paid Cancer Drugs. See the House memo below for more.

The new ASP-22.5% reimbursement figure is based on a MedPAC study. It estimated that hospitals in the 340B program receive a minimum discount of 22.5% of the Average Sales price (ASP) for drugs paid under the outpatient prospective payment system. (See Appendix A of MedPAC’s May 2015 Overview of the 340B Drug Pricing Program.) I estimate that 340B hospitals typically buy drugs for much less than ASP-22.5%.

Examining HRSA’s Oversight of the 340B Drug Pricing Program: Background Memo, Subcommittee on Oversight and Investigations


Government oversight groups have been at the forefront of recommending changes to the 340B program. This succinct 14-page memo from the House Energy and Commerce Committee summarizes multiple GAO and OIG reports that document many problems in the operations and oversight of the 340B program. The memo refutes the notion that “Big Pharma” is the 340B program’s primary critic.

P.S. I’ve been tweeting about these 340B developments over the past five days. Follow @DrugChannels on Twitter for real-time updates.
Adam J. Fein, Ph.D. on Tuesday, July 18, 2017