Why the Walgreens/Prime Deal Could Transform the PBM Industry 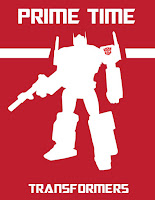 ICYMI: Last week, Walgreens Boots Alliance (WBA) and Prime Therapeutics rolled out a highly innovative partnership. It could have wide-ranging implications for the drug channel’s next phase.

This novel union aligns a pharmacy benefit manager (PBM), retail pharmacy chain, and health plans via joint ownership of a new mail and specialty pharmacy company. If executed properly, it will be a best-of-breed business model that could reshape the PBM and pharmacy industries. For manufacturers, organized customer management just got even more complicated.

The new business could also pose a serious challenge to pure-play PBMs that lack a health insurer partner or an economically-aligned retail dispensing channel. Below, I compare the capabilities of the new business those of the four largest PBMs.

Jim DuCharme, president and CEO of Prime Therapeutics, told me: “The PBM business model needs transforming. Prime wants to have a significant influence on transforming the PBM business before others try to fix it.” I am normally immune to hype, but he could be right. Read on and see if you agree.

Here are direct links to the information about the transaction. As always, I encourage you to read the original source material for yourself.
As background for today’s post, I spoke not only with Jim DuCharme, but also with Brad Fluegel, senior vice president and chief healthcare commercial market development officer at Walgreens. The opinions and interpretations below, however, are my own.

Of course, Stefano Pessina, global channels overlord and executive vice chairman and chief executive officer of WBA, was instrumental in creating the vision for this deal. Alas, your friendly neighborhood blogger doesn’t have ready access to Mr. Pessina.

There are two key elements to the new partnership between Prime Therapeutics and Walgreens Boots Alliance:
PRIME TIME

To understand this deal, it’s helpful to review Prime Therapeutics and see how its business compares with that of other major PBMs.

Prime is owned by 14 not-for-profit Blue Cross and Blue Shield health plans. (See the list here.) It operates as a pass-through PBM for its 14 “owner clients” as well as six additional plans and direct employer groups.

In 2015, Prime served 22 million beneficiaries, managed $22.5 billion in drug spend, and handled 337 million adjusted claims. We estimate that in 2015, Prime was the fifth-largest PBM based on prescription claims. The chart below appears as Exhibit 59 (on page 83) of our 2016 Economic Report on Retail, Mail, and Specialty Pharmacies. 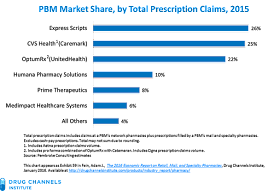 Compared with other PBMs, Prime has very low revenues when they are measured against the drug spend managed. Prime’s 2015 revenues were $4.4 billion, of which we estimate that $4 billion came from mail and specialty dispensing. Consider Prime’s business model compared with that of Express Scripts (ESI), the largest PBM. In 2015, ESI handled about 4 times as many adjusted claims as Prime Therapeutics did, but ESI’s PBM revenues were almost 23 times larger than Prime’s revenues.

The chart below compares and contrasts the capabilities of the five biggest PBMs. As I see it, the Prime Therapeutics-Walgreens Boost Alliance combination provides advantages across all three categories, even though it doesn't lead everywhere. 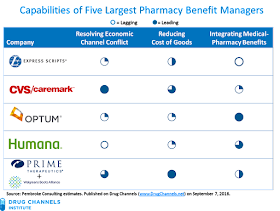 Here’s my explanation for these highly-subjective assessments.


The traditional PBM model creates two sources of channel conflict with retail pharmacies. First, PBMs and pharmacies negotiate prescription reimbursement rates and dispensing fees. This relationship creates friction, because a PBM’s determination of pharmacy reimbursement directly affects a pharmacy’s revenues and profitability. Second, when a PBM acts as the dispensing pharmacy for fulfillment to patients, the PBM’s mail pharmacy absorbs dispensing profits that might otherwise be earned by a retail network pharmacy. Is it any wonder why retail pharmacy owners dislike PBMs so much?

The WBA/Prime model, however, minimizes financial incentives to shift prescriptions from one partner’s channel to the other’s channel. Both WBA and Prime have an economic stake in prescriptions filled from the newly combined company’s central-fill location. As with CVS Health’s Maintenance Choice, everyone—pharmacy, PBM, and plan—can be indifferent to whether a prescription is filled at a retail pharmacy or a mail pharmacy. Prime can also roll out new programs that mimic CVS Health's Specialty Connect program.

Additionally, Prime is guaranteed to pay a lower reimbursement rate for prescriptions filled at a preferred Walgreens retail pharmacy. It therefore gets the network benefits of Caremark without having to own a large chain. Meanwhile, WBA has the flexibility to partner with other PBMs and plans, giving it even more scale and reach. Walgreens’ Brad Fluegel put it this way: "WBA wants to work with all business partners to drive value, find cost of care opportunities, and improve service tor commercial customers, manufacturers, and ultimately patients." Put another way, this deal makes it very unlikely that WBA will buy its own PBM.

The alignment is not as tight as the CVS Health Maintenance Choice program, but it’s close. Maintenance Choice permits consumer choice of pharmacy channel (mail or retail) but limits the options to CVS Health dispensing channels. It also applies to maintenance drugs and operates as a limited model, not a preferred one. See Chapter 7 of our 2016 Economic Report on Retail, Mail, and Specialty Pharmacies for more on this distinction.
2) Reducing Cost of Goods

Walgreens Boots Alliance Development (WBAD) leads procurement for Walgreens U.S. retail pharmacies, the Boots UK pharmacies, and the Alliance Unichem wholesale business. As part of Walgreens’ supply agreement with AmerisourceBergen, ABC can source generic drugs and other products through WBAD. By aligning with WBA, Prime adds its volume to this ever-growing pile of purchasing power (PPP).

I presume that this transaction will be good news for AmerisourceBergen’s revenues, but probably not for its profits. Today AmerisourceBergen supplies WBA, while Cardinal Health supplies Prime Therapeutics. ABC will probably supply the new combined WBA/Prime central-fill pharmacies at the very favorable terms that WBA receives. We estimate that WBA now accounts for about 30% of ABC’s drug distribution revenues. However, with the addition of Rite Aid and Prime, WBA will account for more than 40% of ABC’s revenues.

In case you missed last week’s other channel consolidation news, WBA now owns 56.9 million AmerisourceBergen shares, which equate to 23.9% of ABC’s outstanding common stock.  The surprise early warrant exercise happened one week before the WBA/Prime announcement. With the benefit of hindsight, the timing surely wasn’t a coincidence. If WBA acquires an additional 8.4 million ABC shares in open market transactions, then it can nominate a second director to ABC’s board. Is ABC's management team ready?
3) Integrating Medical-Pharmacy Benefits


As I note in Health Plans Are Confused about Specialty Drug Management, specialty drug spending is split almost evenly between medical and pharmacy benefits. Managing drug spend across these two categories is a perpetual challenge for health plans and payers. Patients on expensive specialty drugs also tend to have high medical expenses, which is one reason that hospitals are getting into the specialty pharmacy dispensing business. (See Premier’s Latest Acquisitions Show Hospitals’ High Hopes for Specialty Pharmacy.)

Today, OptumRx has the edge on capabilities for managing across benefits. It has made the biggest technology investments to build an integrated view of healthcare expenses—office visits, pharmacy spend, hospital admissions, lab results, and more. Note that OptumRx has so far had a very successful PBM selling season under its new management, adding 1.7 million new members for 2017. This figure includes its big CalPERS win.

Other plans have similar dreams, but lack the tight insurer integration of OptumRx and Prime. Aetna outsources prescription fulfillment and certain other services to CVS Health’s Caremark business. Aetna, however, controls medical and pharmacy policy, formulary design, pharmacy/medical benefit integration, rebate contracting, and many other core PBM functions. Cigna has a somewhat similar arrangement with Catamaran, which is now part of OptumRx.

For a non-insurer, CVS Health has acquired and/or built outlets that provide medical benefit services. Its MinuteClinic remains the largest and fastest-growing retail clinic business, now operating more than half of all retail clinics. It also has a leading home infusion business. See 3 Reasons Why CVS Caremark Absorbed Coram.

Prime told me that its medical/pharmacy management capabilities are equal to—or superior to—OptumRx’s capabilities. Given its ownership by Blues plans, this claim is credible but unproven. The new WBA/Prime arrangement, however, should allow Prime to win substantially more health plan business away from Express Scripts and Caremark. Prime may also gain market share with its Blues owners, many of which apparently do not exclusively use Prime's current specialty pharmacy.

I presume there is some sort of 340B Drug Pricing Program angle here, since Walgreens is such a major contract pharmacy player. (See Six Retail Chains Now Dominate the Still-Booming 340B Contract Pharmacy Business.) Perhaps the Blues plans want to grab some of those sweet 340B acquisition cost benefits in their provider contracts? Hmmm.
FINAL THOUGHTS

The great Gene Wilder passed away last week. RIP, Dr. Fronkensteen. Many people, however, do not realize the significant role that Mr. Wilder and his co-star Richard Pryor played in helping Walgreens Boots Alliance Development (WBAD). Skeptical? See the video below for proof. Pay attention at 0:33. (Warning: NSFW language—but you probably already knew that.)