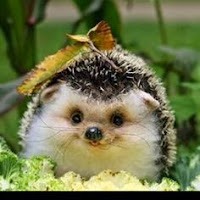 As you can see in the chart below, drugstores’ gross margins reached 24.6%—their highest levels in eight years. Meanwhile, the industry’s gross profit dollars grew to a record $58.2 billion.

These impartial data show that the drugstore industry continues to do well, despite its many competitive challenges. The data also contrast with the perspective of the industry’s doom-and-gloomsters. YMMV.

Gross margin expresses gross profit as a percentage of revenues.

In 2013 (the most recent year available), the drugstore industry’s overall average gross margin, as reported by the U.S. Census Bureau, was 24.6%. This is the highest gross margin since 2006. See the chart below. 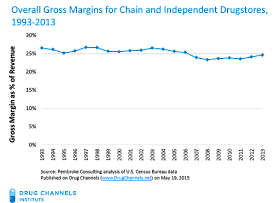 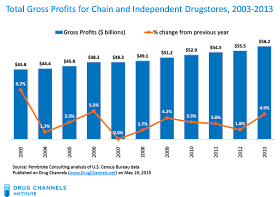 NAICS (North American Industry Classification System) is the standard used by federal statistical agencies in classifying business establishments for the purpose of collecting, analyzing, and publishing statistical data related to the U.S. business economy. Pharmacies and drugstores are classified in NAICS 446110. The U.S. Census Bureau reports gross profit and margin data annually as part of its Annual Retail Trade Report.

A few comments:
As a friendly reminder, I'm not a shill for anyone, nor am I saying that drugstore profits are too high or too low. I'm merely reporting on some interesting Census data that most people overlook. Enjoy!