OptumRx Sails Away with Catamaran: Deal Analysis and Industry Implications 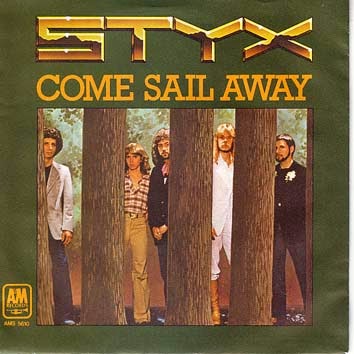 Catamaran has long been considered a likely acquisition target in the consolidating PBM business. Yet I was surprised by the timing and the buyer. UnitedHealthcare will pay a 27% premium, which will probably deter potential bidders.

Below, I review the impact on PBMs, manufacturers, wholesalers, and pharmacies. I also consider how the deal will affect the larger companies.

Sadly, Catamaran’s exit will leave the industry high and dry on nautical metaphors…but not before today’s post docks.

OptumRx will become a flagship PBM player: UnitedHealth became the third-largest PBM when it began using its internal OptumRx subsidiary for its commercial PBM business. This business had been outsourced to Medco Health Solutions. With the Catamaran deal, OptumRx will compete more directly with Express Scripts and CVS Health’s Caremark business. The Federal Trade Commission (FTC) envisioned this scenario when it approved the Express Scripts/Medco merger. See ESRX-MHS: Analysis of the FTC Decision.

Highlighting the new focus, Mark Thierer, Catamaran's chairman and CEO, will become CEO of OptumRx. One immediate task will be to convert the UnitedHealthcare national accounts that are not using OptumRx. Integration risk should be minimal, because OptumRx is reportedly already using Catamaran’s RxClaim technology platform. In the short term, however, other PBMs will likely benefit from any merger-related service disruptions.

Ahoy, there, Rule of Three! In 1976, Bruce Henderson, the founder of Boston Consulting Group, wrote about The Rule of Three and Four. He posited that “a stable, competitive industry will never have more than three significant competitors.” After the UNH-CTRX deal closes, the top three PBMs will handle about 75% of U.S. retail, mail, and specialty prescriptions. See the chart below, which appears as Exhibit 47 in our 2014–15 Economic Report on Retail, Mail, and Specialty Pharmacies. 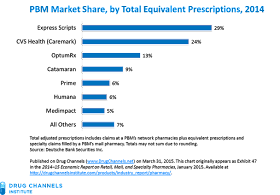 OptumRx’s specialty pharmacy business will be loaded to the gunwales: OptumRx (UnitedHealth) and BriovaRx (CatamaranRx) were the fourth- and sixth-largest specialty pharmacies in 2014. As a combined entity, it still would have lagged behind CVS Health, Express Scripts, and Walgreens. This computation excludes Catamaran’s acquisition of Salveo Specialty Pharmacy, which will add at least $400 million in revenues.

Batten down the hatches—margin pressure ahead! OptumRx’s new scale will give it greater negotiating leverage against other participants in the drug channels system. These include:
WHICH WAY?

The deal also poses questions about how other drug channel companies will react.

Cigna accounts for about one-third of Catamaran’s revenues. Since Cigna competes with UnitedHealthcare, will Cigna reconsider this relationship?

Will Express Scripts remain unmoored? Express Scripts seems intent on maintaining its current steady-as-she goes strategy, but it may be forced to consider alternatives. Or perhaps it will come back with a competitive bid that tops UnitedHealthcare’s offer?

SHOWING YOU THE ROPES

Here is an exclusive behind-the-scenes video of UnitedHealthcare executives making an offer to Catamaran. Click here if you can’t see it.