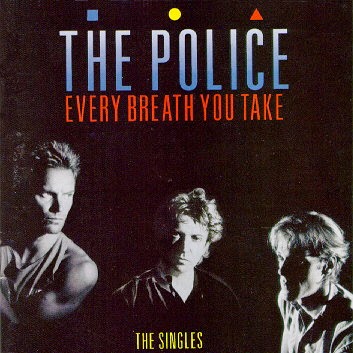 This past Friday, the Centers for Medicaid & Medicare Services (CMS) released its thoroughly-titled Advance Notice of Methodological Changes for Calendar Year (CY) 2016 for Medicare Advantage (MA) Capitation Rates, Part C and Part D Payment Policies and 2016 Call Letter. Most people refer to this 172-page ode to healthcare bureaucracy as the 2016 Call Letter.

CMS’s proposed changes to Part D’s pharmacy networks will not sting as much as they did last year. In the Call Letter, CMS outlines its concerns about preferred cost-sharing pharmacy networks and proposes policing them more closely. Read my analysis below.

If you want to comment, you have every single day until March 6, 2015.

EVERY NETWORK YOU STAKE

Here are links to our 2015 program analyses:
For more on narrow network models, see section 8.3 of our new 2014-15 Economic Report on Retail, Mail, and Specialty Pharmacies.

EVERY WHINE YOU MAKE

Preferred network plans are controversial (and generally disliked) among pharmacy owners. That’s because reduced pharmacy profits are the biggest source of cost savings from these networks.

Last year, CMS proposed major changes to Part D’s pharmacy regulations that would have eliminated many preferred network benefits. After many outside stakeholders sharply criticized the proposed changes, CMS withdrew them. I reviewed the key issues in May 2014’s New Part D Final Rule: What CMS Still Doesn’t Get about Pharmacies, PBMs, and Preferred Networks.

Pharmacy owners channeled their displeasure with preferred networks into complaints about beneficiary access. In the 2016 Call Letter, CMS states:

CMS truly dislikes preferred networks, as illustrated by its selective presentation of data from a recent CMS-sponsored study. 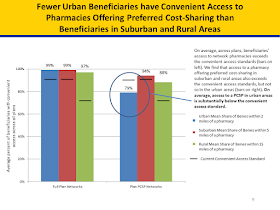 The CMS study also ignores the presence of Low Income Subsidy (LIS) beneficiaries, whose low cost sharing would not be greatly influenced by the presence or absence of preferred pharmacies.

Note that the CMS data are based on the 2014 Part D plan year. Given last year’s controversy over these plans, I believe that preferred pharmacy networks were broader and more inclusive in 2015. That’s why pharmacy owners’ poor hearts ache with every DIR fee they pay.

I’LL BE WATCHING YOU

CMS has looked around, but it’s preferred plans that CMS can’t replace. Despite its apparent dislike of preferred networks, CMS proposes fairly limited actions in 2016.
CMS closes its discussion with these explicit warnings:


”Where necessary, CMS will use our authority to negotiate bids (under §1860D-11(d) of the Social Security Act and our authority at 42 C.F.R. §423.2264(d)) to prohibit marketing that misleads beneficiaries concerning a benefit to which they will not have meaningful access. CMS will continue to monitor access levels to PCSPs subsequent to the bidding process, and we may consider broadening our outlier review to include additional plans in the future.” (page 150)

Yup, that’s our CMS: linked to the invisible, almost imperceptible. But this year, it won’t make a PDP’s poor heart ache.