The Unknown Pharmacist's View on Margins 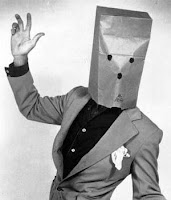 I posed this question to the self-styled Pharmacy God (PG), an anonymous blogger who works in a retail pharmacy. Be forewarned: his posts range from fascinating behind-the-counter insights to mundane profanity. Nevertheless, he is one of the better pharmacist-bloggers and I like to read his blog Thoughts from the Pharmacy God.

PG gave me a detailed answer to my question about pharmacy margins, so I thought I’d share it with you. Note that his pharmacy fills a much lower share of Medicaid scrips than a typical independent.

Any other viewpoints? Note that the recent stimulus compromise takes out the option to let states extend Medicaid to the unemployed.

(Yup, it’s been an all-guest-post week. Don’t worry – I’ll be back with new stuff next week.)

“My pharmacy doesn’t fill a lot of pure Medicaid prescriptions (less than 1 percent), so I can't really comment on the profits on them. My state has switched a lot of its chronic Medicaid families over to the managed care companies, but even with those factored in I still bill less than 4% of my scripts to these plans. I remember a few years ago that Medicaid reimbursed well, but things may have changed since then.

On the Medicare Part D side, the reimbursements are all over the place. One PBM will pay 3% higher on Medicare D scripts, the next will be 3% lower. At my pharmacy, I'm lucky to pull a 16% gross profit.

Here's the catch... the base dollar amount that the profit is coming from has dropped. I don't know if it's the Walmart effect or if there is a backroom deal between the government and manufacturers, but the actual dollars profit per rx has dropped.

Three years ago it was normal to see a generic's cost to be $25. Add your 18% profit and you would make $4.50 on the script. Now I'm seeing generic costs on a lot of the fast moving medications below $5. That means that I'm going to make a buck (hopefully) on the script.