An Unfortunate Victory for EU Repackagers 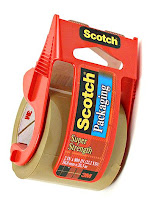 Reuters reported on Friday that the EU plans to drop a proposed ban on repackaging of pharmaceuticals. See EU Exec Drops Drug Repackaging Ban Plan for the latest story and EU Drugmakers Demand Repackaging Ban To Stop Fakes for the original June request for a ban by EU drug makers.

In my opinion, dropping the ban is a very bad decision. Repackaging eliminates the benefit of just about every practical anti-counterfeit tracking technology, including the emerging serialization requirements in some EU countries. Apparently, tablets can even be removed from blister packs under EU law. It’s hard to see how this will benefit consumers. “Hey, it’s a bit cheaper, but it might be fake. Good luck!”

The issue relates to our old friend parallel trade. Combining the European Union’s market integration principles with national price controls has created an enormous cross-border gray market, often called parallel trading. Wholesalers in countries such as and sell to importers in higher priced countries such as and the U.K. Drugs may pass through dozens of hands before reaching their destination.

Surprisingly, the average European consumer receives almost no price break from parallel trade, especially in countries with flat-rate patient co-payments such as the and . Instead, wholesalers, importers and exporters are the big winners from parallel trade because they absorb 80% or more of the price differences between countries. Hence, these are also the groups that oppose the repackaging ban.

Unfortunately, parallel trade also means that products are often repackaged by multiple intermediaries along the supply chain and may pass through dozens of hands before being resold. Legitimate products can easily get mingled with counterfeits, with no feasible way to introduce pedigrees across countries. It’s no surprise that counterfeit cases are growing quickly in . As I pointed out in a June 2008 posting, seizures of counterfeit drugs at the EU border rose 51 percent in 2007 compared with 2006.

Only one thing is certain – litigation over parallel trade will continue. In September, the European Court of Justice gave GlaxoSmithKline a partial victory in its long-running attempt to limit parallel exporting from . See Europe Allows Companies to Limit Drug Sales from the Wall Street Journal.

FYI, I wrote two background posts on parallel trade in August 2006. Amazingly, all of the links in these posts still work if you are curious:

BTW, you'll notice a lack of pictures in my 2006 posts. Hope you'll agree that Drug Channels is much more fun with the accompanying photos. In fact, one client recently confessed that he sometimes reads my blog for the pictures, not the articles. Hmmm, I recall using that excuse in reverse during my youth...
Adam J. Fein, Ph.D. on Monday, December 08, 2008