Prescriptions and the Economy: A Contrarian View 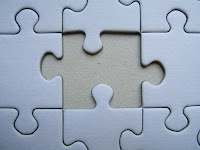 Last week, the New York Times ran a story on the impact of the economy on prescriptions. (See In Sour Economy, Some Scale Back on Medications.) The article provided many compelling personal stories to illustrate the following macro data trend:

“Through August of this year, the number of all prescriptions dispensed in the was lower than in the first eight months of last year, according to a recent analysis of data from IMS Health, a research firm that tracks prescriptions.”

But what if the data are wrong?

I’m not suggesting that the prescription market is booming. However, I have some concerns about the ability of IMS Health to measure a changing retail marketplace with incomplete data, so perhaps the news is not quite as bad as reported.

Here's why. The top six dispensing pharmacies – Caremark (), Walgreens (), Medco Health Solutions (MHS), Rite-Aid (), Wal-Mart (), and Express Scripts () – now account for more than half of all retail prescriptions. Yet two of these six do not report sales data to IMS Health.

These gaps would not bother me if market share was stable at the top six players because estimation would be a straightforward “fill in the missing number” exercise. But we know that’s not the case, especially when it comes to Wal-Mart.

Wal-Mart does not release any specific data on its pharmacy department, but anecdotal evidence suggests that the company has picked up share in selected regional markets. What do you think is going to happen to Walgreens market share in , as the Wal-Mart/Caterpillar partnership gets going? Look at a map of Walgreens stores in the Peoria, IL area. Ouch.

The Times gave some lip-service to other explanations for the drop in scripts when briefly noting “…safety concerns over some previously popular drugs and the transition of some prescription medications to over-the-counter sales…” But the main point of the article was to link the economy to the slowdown in script growth.

I suppose it would be unfriendly to mention that most consumer-related metrics of the economy – retail sales, new unemployment claims, etc. – did not start to show signs of recession until this year. Look at the chart in the NYT article again, which shows the monthly year-over-year decline starting in early 2007. Well, this won't be the first time that I've highlighted partisan reporting about the industry by the New York Times. (See Sloppy reporting about Wal-Mart from way back in 2006.)

I’m sure the folks at IMS Health try hard to fill in the gaps, but there’s simply no way for them to do anything but guesstimate when they lack actual data for a significant and fast-changing part of the pharmacy market.